The IHFA Awards Night took place at the Killeshin Hotel, Portlaoise, Co. Laois on Friday 24th of February. This year the awards were presented by the Executive Director of Agri-Aware, Deirdre O’Shea. Among the awards presented were the All Ireland Awards for 2016, covering nine classes; the YMA Awards, which include Club of the Year, President’s Medal, Hall of Fame and Photographic Competition; the IHFA Gold and Diamond Awards and introduced the first recipient of the all new IHFA Champion Cow Award. For more on this click here.

Presidents Medal – Laura Sinnott
Special merit award for YMA age member (up to 26 years of age) who has served the Young Members with distinction of service including performance in YMA events.
Clubs are invited to nominate a candidate with a shortlist selected for interview by IHFA President & C.E.

Hall Of Fame – Maria Burke
Recognition award for an individual outside of YMA age that has greatly helped and contributed to Young Members success over the years.
This contribution on behalf of Young Members reflects contribution at club level and clubs submit a nomination outlining the credentials of each candidate. 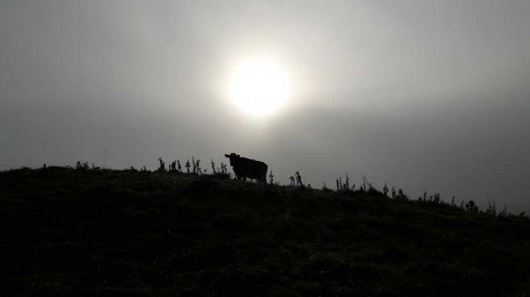 On Top Of the World by Kayla Tarpey, Winner of the 2017 YMA Photographic Competition

Photographic Competition – Kayla Tarpey
Photography is an important skill to develop and plays a part in the promotion of cattle breeding.
The photography competition aims to develop and improve the necessary skills.
Throughout the year there are countless opportunities to capture unique photo opportunities on the farm.
Young Members while involved and active on the farm have the opportunity to seize and capture the moment.

Club of the Year – Breffni Oriel
This award reflects participation and achievement in YMA events and competitions during the year.
It is a club award recognising team effort and the varied skills that exists within clubs.
Team performance, skills and achievements learnt by Young Members will stand them in good stead for the future.