Diageo, the company behind Baileys, has ended this year’s search for Ireland’s finest Holstein Friesian dairy cow with Hallow Advent Twizzle 3 crowned the Diageo Baileys® Irish Champion, owned by Philip and Linda Jones from Killowen Gorey, Co. Wexford. The competition took place at the Virginia Agricultural Show in Co. Cavan, home to Diageo’s cream supplier, Glanbia Ingredients Ireland Virginia who co-sponsor of the event. The competition which dates back to 1983 rewards strength and form in body conformation as well as proven excellence in quality milk production. According to this year’s judge Kevin Wilson, “They were tremendous cows, the standard was very high. They would grace any show in the world.”

Widely acknowledged as Ireland’s top dairy livestock event, attracting the super-elite of the Holstein Friesian breed, the top awards in the €10,000 prize fund were presented by Minister for Arts, Heritage, Regional, Rural and Gaeltacht Affairs, Heather Humphreys T.D., alongside Breffni O’Reilly, Quality Director for Diageo Ireland and Glanbia Ingredients Ireland Ltd. Chairman Henry Corbally. Speaking afterwards at the winners’ reception, Hazel Chu Diageo Ireland’s Head of Corporate & Trade Relations said that Diageo’s production bases for Baileys in Dublin and Mallusk “relied on a top quality cream supply and that the competition was an opportunity to reinforce the provenance of Baileys and the quality of its primary raw ingredient.” Also speaking at the event, Chairman of Glanbia Ingredients Ireland, Henry Corbally praised all the entrants for the calibre of pedigree cows on display and he congratulated the Virginia Show on its 75th anniversary. 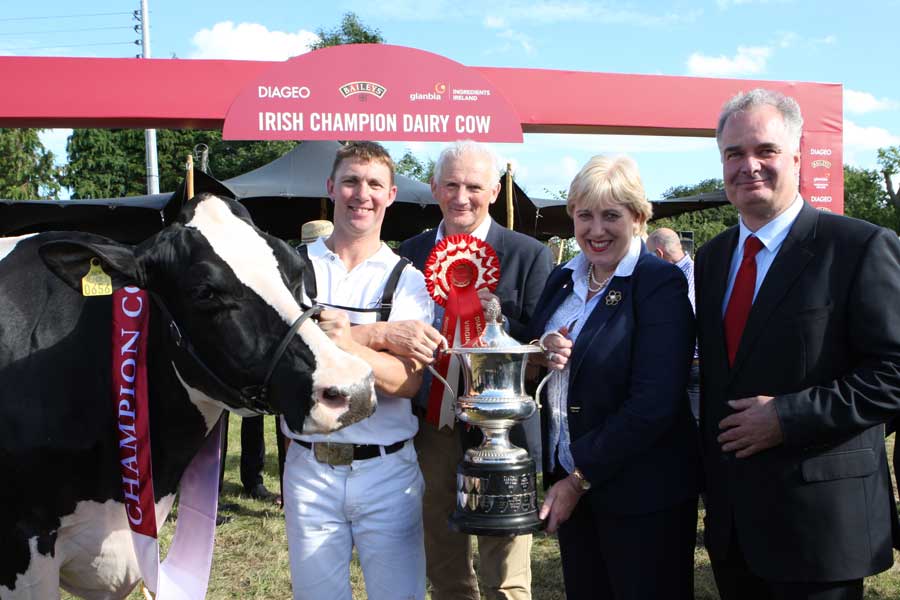 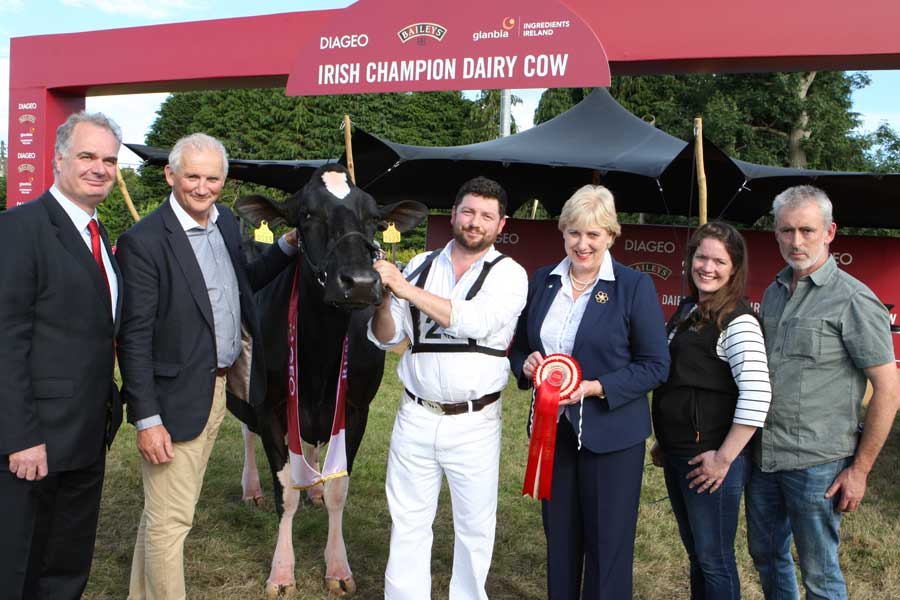 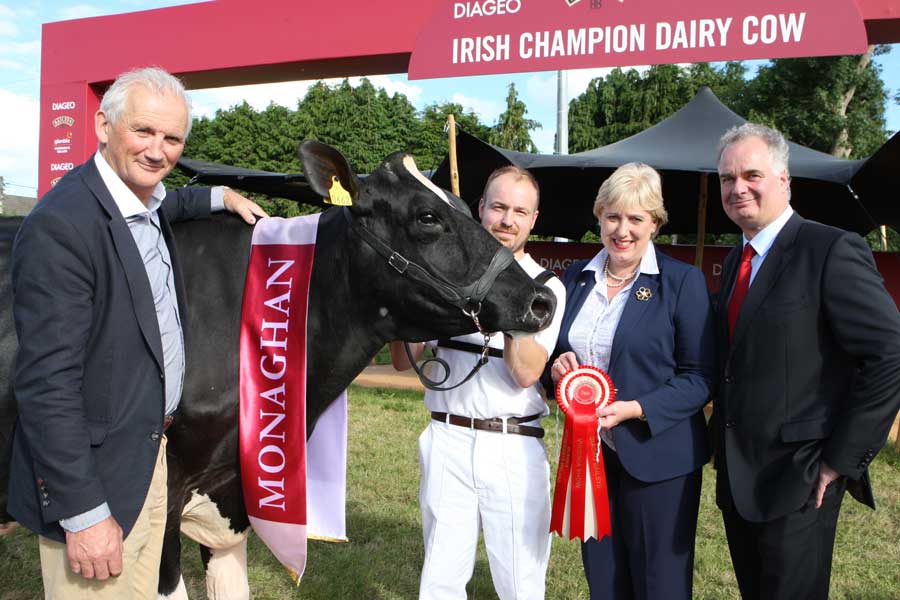 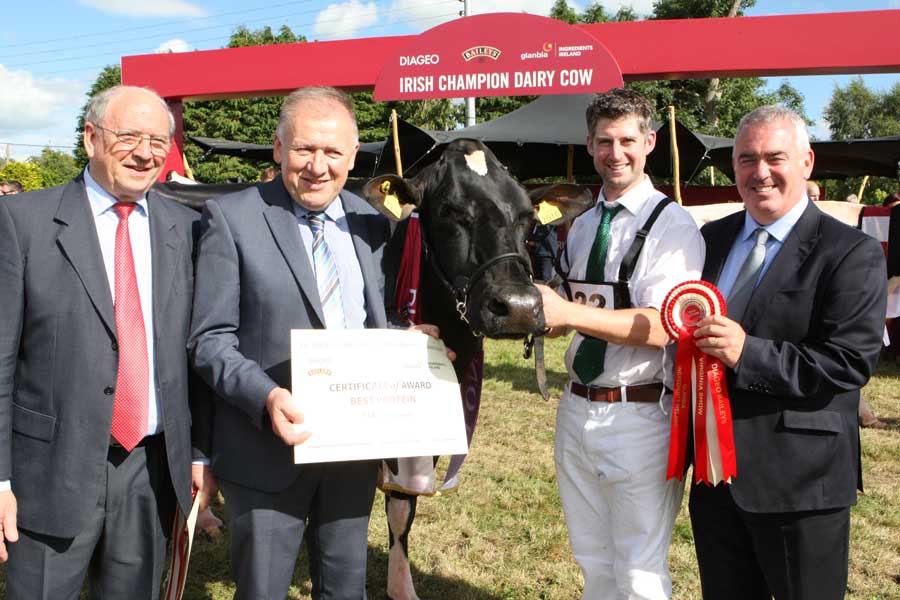 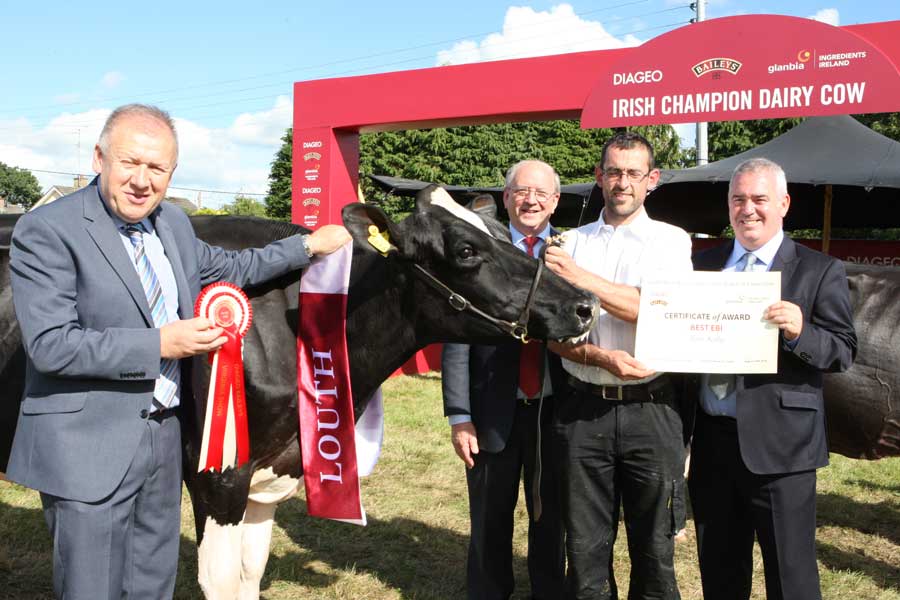 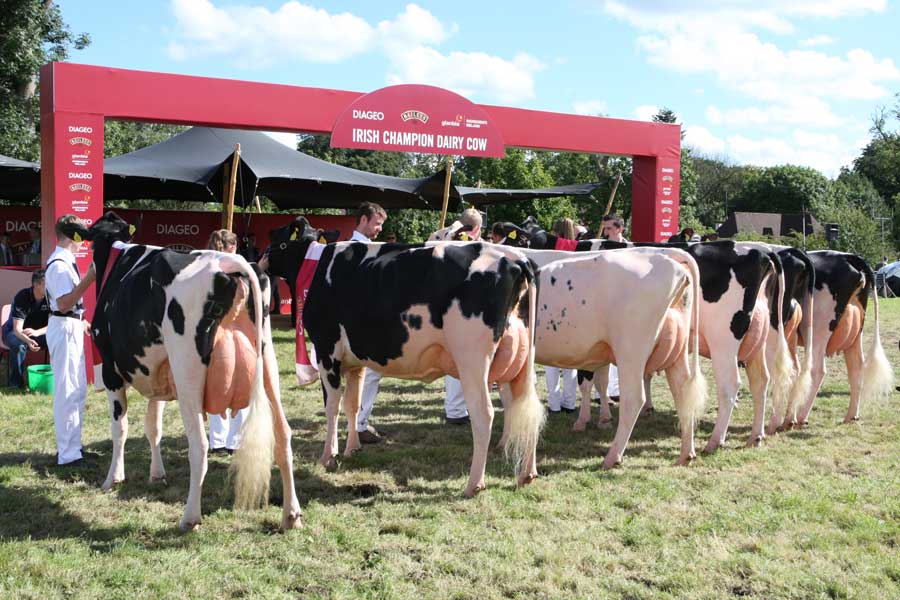