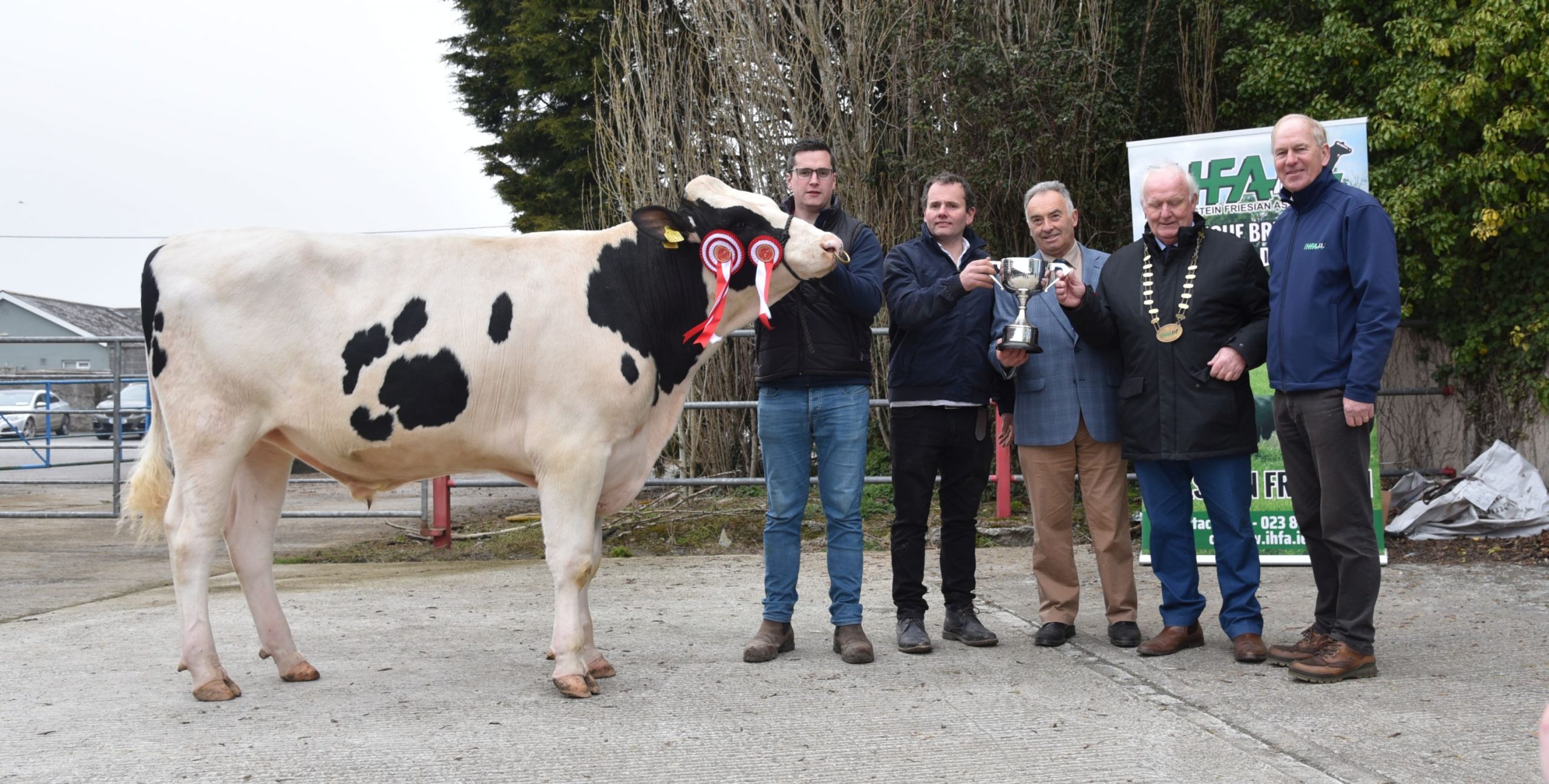 Entry was based on standards of criteria for production and conformation performance attained by dams and granddams. All bulls were genomically tested with parentage verification.

There was quality of choice of top bulls on display on the day. Bulls ranged in age from seventeen months old to fourteen months of age.

A pre-sale show at the Premier Sale was held for the first time in two years. There were three classes for judging with an award for highest EBI in each class.

It was a first Premier Bull Sale Champion title for Padraic Greenan, Greenlea herd, Crosshugh, Co. Monaghan. In his comments the judge stated,

“The Champion is an outstanding bull. He moves so well on his feet and legs and he exhibits strength and power”.

Greenlea Ray is bred from fourteen generations of VG/EX dams. His genomic breeding values include +500kgs milk, +42kgs milk solids, +0.04 protein % and +2.00 points for both feet & legs and udders. His sire is Westcoast Yamaska VG86. 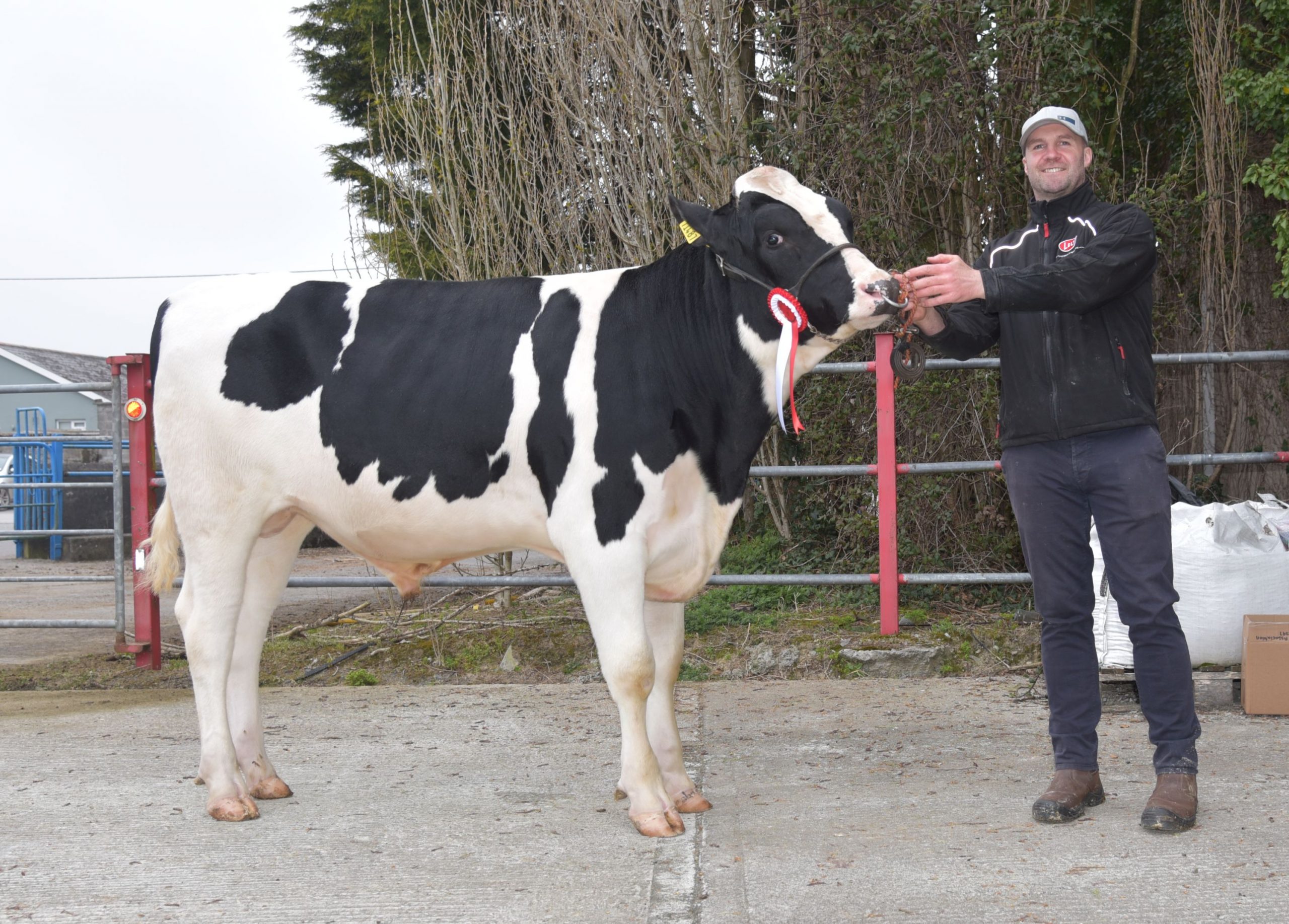 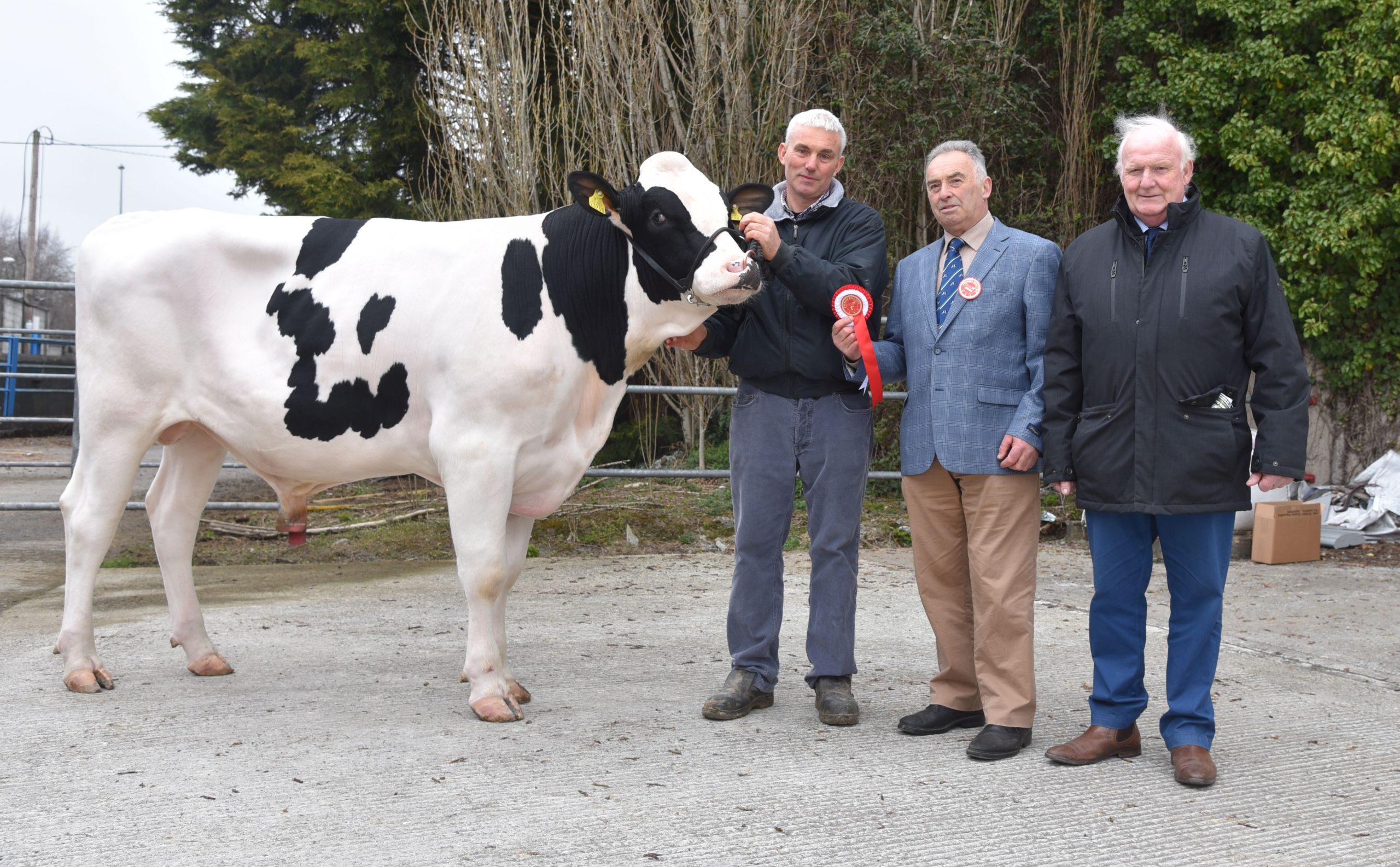 Honourable Mention Laurelelm Brinny is bred from the Breeze family, backed by eight generations of VG/EX dams and three generations of dams over 3.70% protein.

Radney Ronan (Lot 6) bred by Henry O’Keeffe, Freemount, Co. Cork sold for €5,000 and achieved the top price of the sale. Bred from the Deborah family he is a son of Galtee Merci (GMI). He is backed by three generations of dams over 4.00% protein.

Radney Vital (Lot 25) also bred by Henry O’Keeffe sold for €4,600 achieved the next highest price of the sale. Bred form the Odetta family, he is backed by six generations of VG/EX dams. With an EBI of €330 he was the highest EBI bull of the Premier Sale. His dam recorded 9,377kgs milk, 733kgs milk solids, 3.95% fat, 3.87% protein in her second lactation (305 d). The sire of Radney Vital is Kilfeacle Pivotal.

The auctioneer was Denis A Barrett and the venue was Central Auctions, Nenagh mart.

Thanks to Mervyn Eager for judging, Rob Beattie who was show steward and to John Kirby and IHFA field staff who assisted throughout the day. Thanks also to Michael Harty, manager of Nenagh Mart and the mart staff.