The Diageo Baileys cow competition took place on 21st August at the Virginia Show centre with 25 cows and heifers in the ring. It is sponsored by the drinks company Diageo Ireland in partnership with its cream supplier Glanbia Ireland for the past 36 years.

The event is regarded as the most prestigious competition of its kind on the island of Ireland. It rewards strength and good body conformation as well as proven excellence in quality milk production.

The weather was not kind on this occasion with spectators shielding themselves with umbrellas from the heavy downpours.

Commenting on this year’s winning cow, the judge, Peter Waring from Yorkshire said, “All of the top three were great cows and a credit to their breeders but only one could win. It was an honour to judge the Baileys which I’ve heard so much about.”

It was interesting to watch the judges selected animals being judged in reverse order from tenth position.

He selected Baldonnel Flashmatic Draw as his champion cow to be crowned the 2019 Diageo Baileys® Irish Dairy Champion Cow. She was bred by the Co. Dublin farmers Cyril and John Dowling. This was their seventh Baileys Champion Cow win. John was presented with his Virginia Milk Products Cup and a cheque for €2,500 by the Minister for Business, Enterprise & Innovation, Heather Humphreys T.D.

Congratulations to all the competitors. 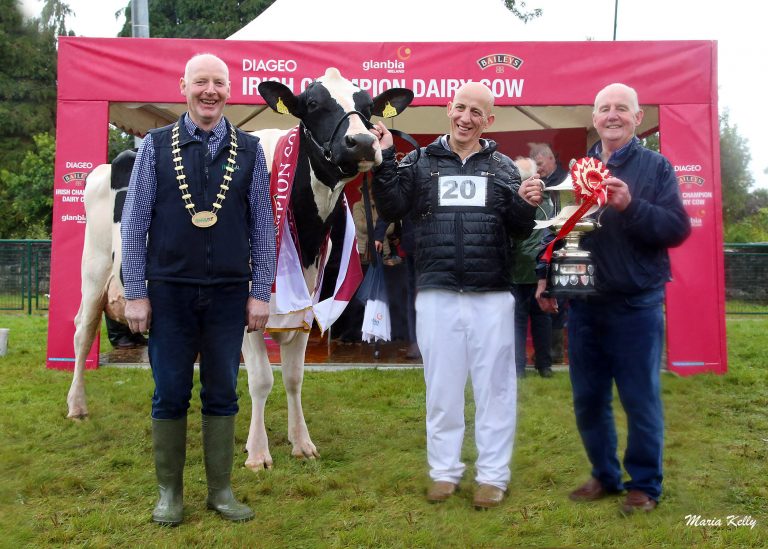 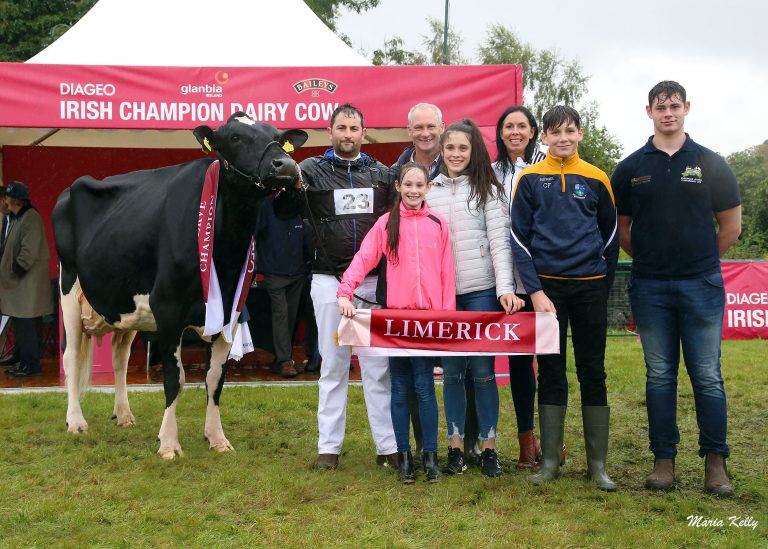 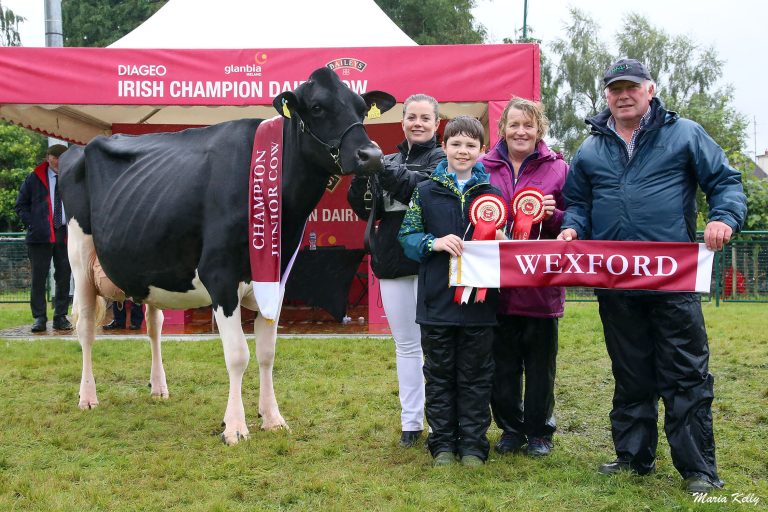 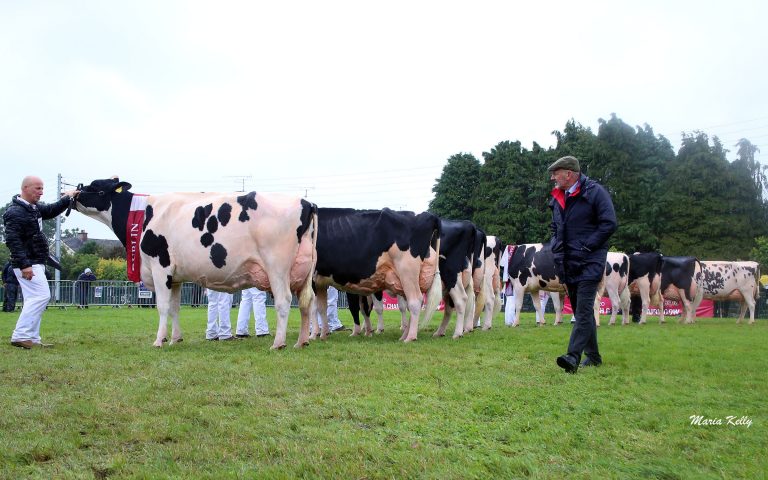 Congratulating the winners, Robert Murphy, Head of Baileys Global Operations at Diageo Baileys Global Supply, said “Baileys sales continue to go from strength to strength globally. I’m particularly proud to say that our home market, Ireland, is leading the way. The finest raw ingredients, including the best dairy cream in the world, underpins Baileys great taste and the Diageo Baileys Champion Cow helps shine a spotlight on the quality of our indigenous cream supply chain.”

Also speaking at the event Martin Keane, Glanbia Group Chairman said each year the contest, with a prize fund of €10,000, attracts elite pedigree cows from throughout the country:

“Breeding the champion dairy cow is a dream for every top-class Holstein Friesian breeder,” he said. “Once again it was a tough task for the judge to select the worthy winner. It was evident that the exhibitors have all worked hard over many years, and sometimes generations, to breed the calibre of cows that were on display at Virginia Show.