The Diageo Baileys Irish Champion cow in conjunction with Virginia show was held on 20th August. There was a huge crowd packed around the ring side for this marvelous spectacle of Quality cows who in their own right were champions at various shows throughout the summer. The competition co- sponsored by Diageo and Glanbia Ingredients was celebrating its 31st anniversary with a special prize fund of €10,000.

Dalevalle OTI J Lulu is a nine year old cow in her seventh lactation and has had nine calves. She has produced a total of 4,554 kgs of Milk Solids in her lifetime to date. Classified EX96 4E on Conformation, Lulu completes 9 generations of VG or EX maternal breeding. She was bred in Donegal in the “Dalevalley” herd, owned by Roy Cromie and was purchased by the Murphy’s as a heifer-in-milk. She is the daughter of sire, Astronomical and dam Dalevalley Jet Cousteau Lulu E EX90. Commenting on his decision, competition judge, Brian Miller “Moorshard” remarked: “All the cows here today were remarkable but the sheer power, strength and capacity of the winner in her seventh lactation makes her a worthy champion. She is so well balanced with tremendous strength, showing me more openness of rib and a perfect rump structure”

A local cow “Glaslough Miss Petra” owned by David & Kenneth Boyd, Co Monaghan was declared Reserve Champion. Judge Miller commented on her “overall dairy strength and tremendous veination in the udder”. Honourable Mention went to John & Cyril Dowling, Baldonnel, Co Dublin with Pavime Frisky. The judge praised her “dairy strength and length of body” Cyril has competed every year at the Baileys and has top titles on six occasions previously.

Other prizes were awarded in specialist categories:
Richard Whelan won Best Protein Award with Lumville Danoise 2. A former Champion Baileys Cow in 2008, Danoise 2 has now been shown in eight consecutive Baileys competitions, a remarkable achievement. She is classified EX94 3E.

Highest EBI was awarded to Tom Kelly with Monamore Durham Ellymae. Classified EX94 4E Ellymae is a Durham daughter from the International “Ellymae” family. She has produced 2,482 kgs of Protein to date with a lifetime Protein % of 3.63%. Monamore Durham Ellymae currently has two sons in A.I. Monamore Electron (MXZ) by Shottle, and Monamore E-Force (EFM) by Numero Uno.

Clonpaddin MPW Jill was Champion Heifer for John & Gary Hurley, “Clonpaddin” herd, Arklow, Co. Wicklow. She is an Atwood daughter from the home-bred Jill family that was graded up by John. Judge Miller described her as “A stylish, powerful heifer with great ring presence, sound feet & legs and an udder that is welded-on, such is level of attachment”. John & Jack Cooney had Reserve Champion with “Hallow Bordermist Sid Fran”. Honourable Mention went to Brochan Cocoman with “Kilwarden Evolve Barbie”. 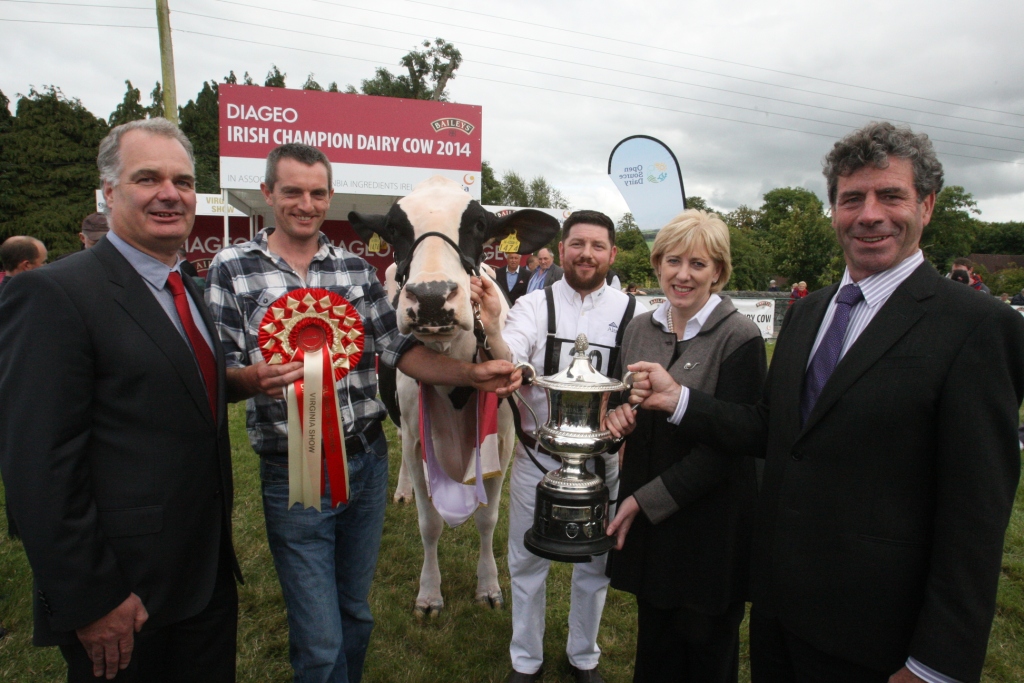 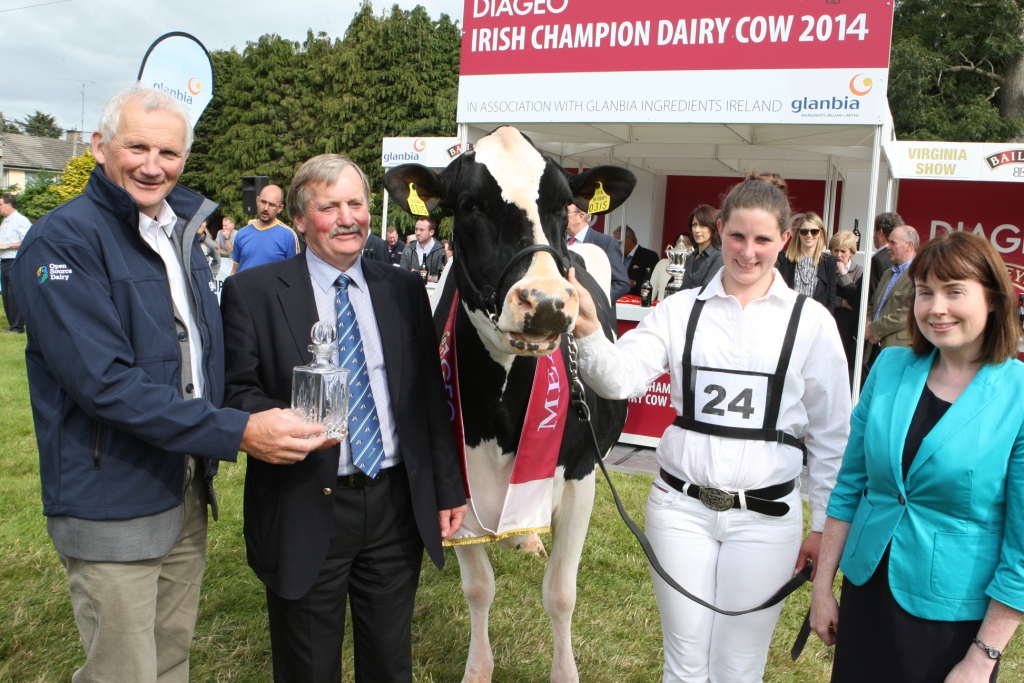 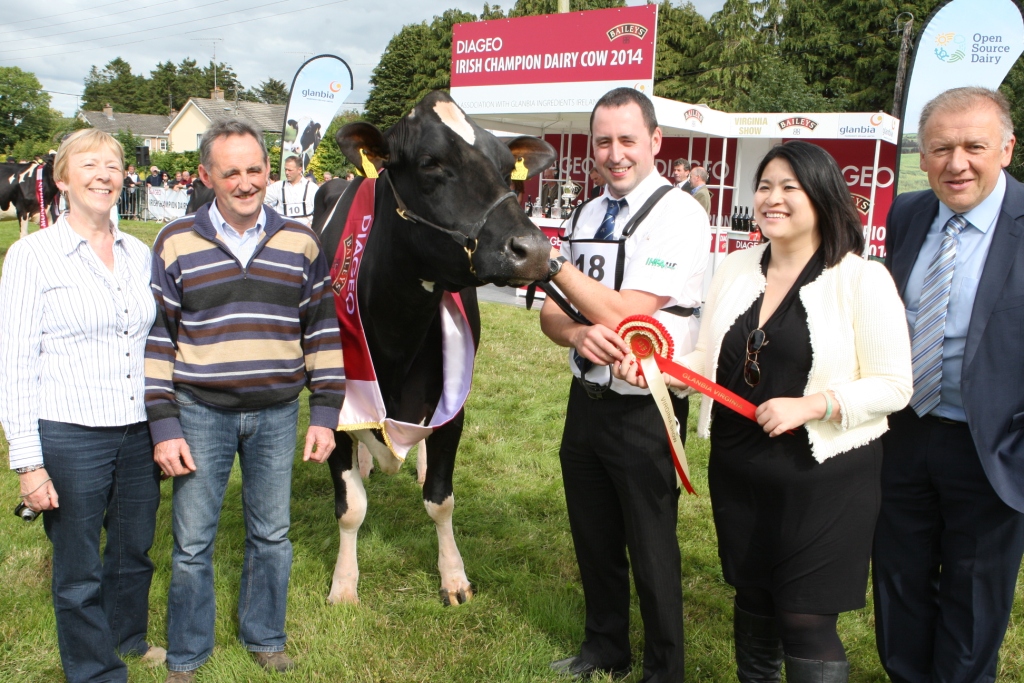