IHFA, in recognition of commitment to the Black and White breed and outstanding service to the Association through involvement as Chairman and President of the Slaney club wish to nominate John Hurley as a very worthy recipient of the Hall of Fame Award.

John established a pedigree Friesian herd in 1954 and registered the “Clonpaddin” prefix. He purchased two pedigree cows, one being ”Craigiehock Jackie Beata” from which the “Jill” family was developed. More than a third of the cows today in the herd of 100 cows are “Jills”. The herd was further developed by John and his sons Garry and Patrick, with purchases from Canada. In 1991 they purchased the “Chrissie” family from the “Quality” herd and the “Monas” from “Newlands”. These purchases proved successful and later bloodlines of the “Heavenly Joys”, ”Susie Mist” and “Fantas” from the “Cousteau herd” were added.

The herd is noted for quality cattle which are developed through “cow families”. John is a great supporter of local shows and club run events with the herd winning numerous prizes down the years. In John’s early years he enjoyed participaating in Gaelic football and hurling with his local club and county and sport is still a big part of his life. John and his wife Mary live at Clonpaddin where their family of 5 sons, 4 daughters, 15 grandchildren and 2 great grandchildren regularly get together.

John is a founder member of the Slaney Club, which was formed in September 1976 at a meeting held in Murphy Floods Hotel in Enniscorthy. He was Chairman of the Club in 1983, 1992 and 1993. He is currently President of the Club and has been since 1997. He is a dedicated committee member rarely missing a meeting. When trophies are required for various competitions annually he willingly volunteers to get them. He has been instrumental in keeping up the tradition of organizing an Annual Club Trip and is a great supporter of all shows

John is still actively involved with farming cows with his sons Garry and Patrick. IHFA wish John health, happiness and long years to come to enjoy with his family, the herd of cows at Clonpaddin and their successes on the show circuit. 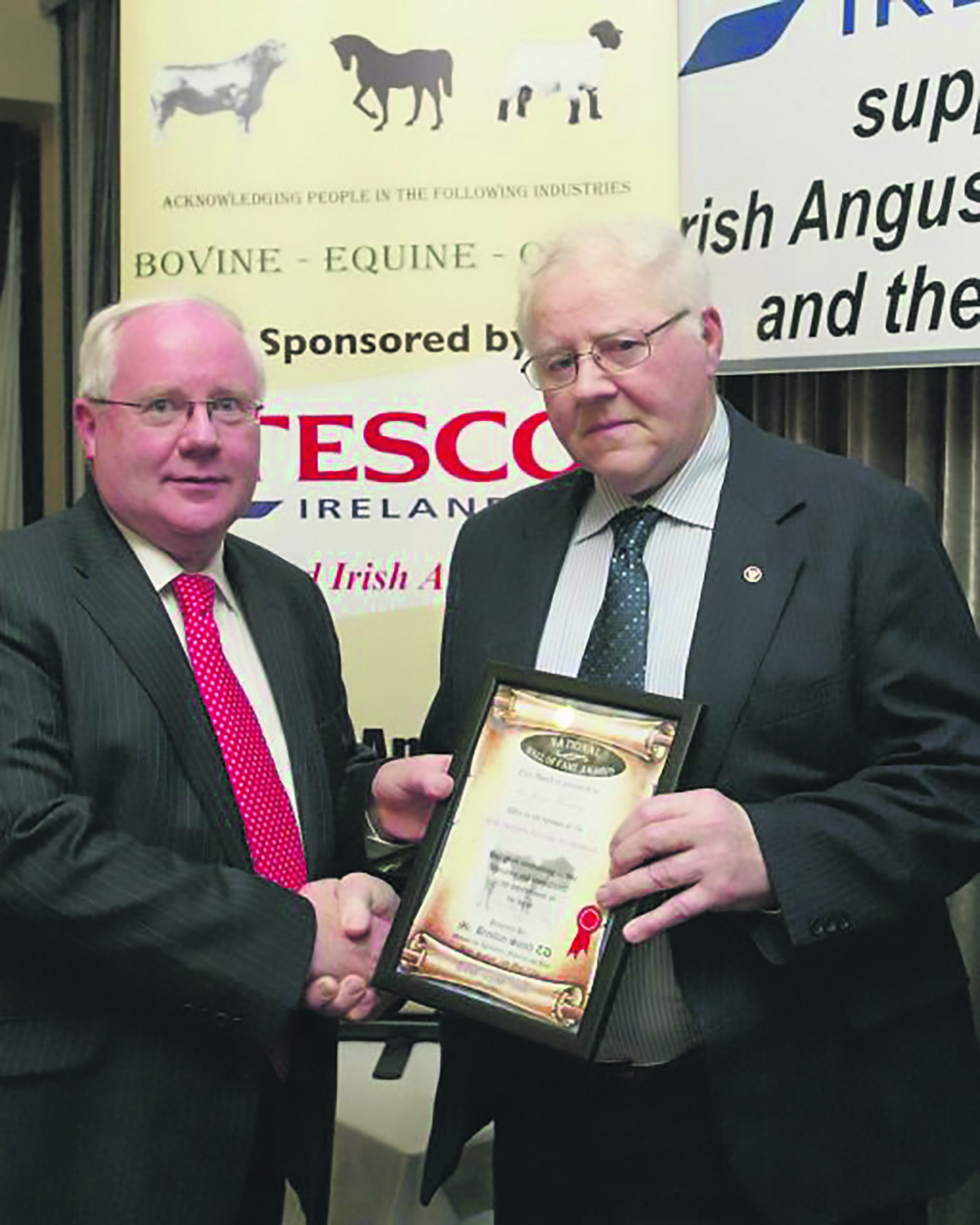