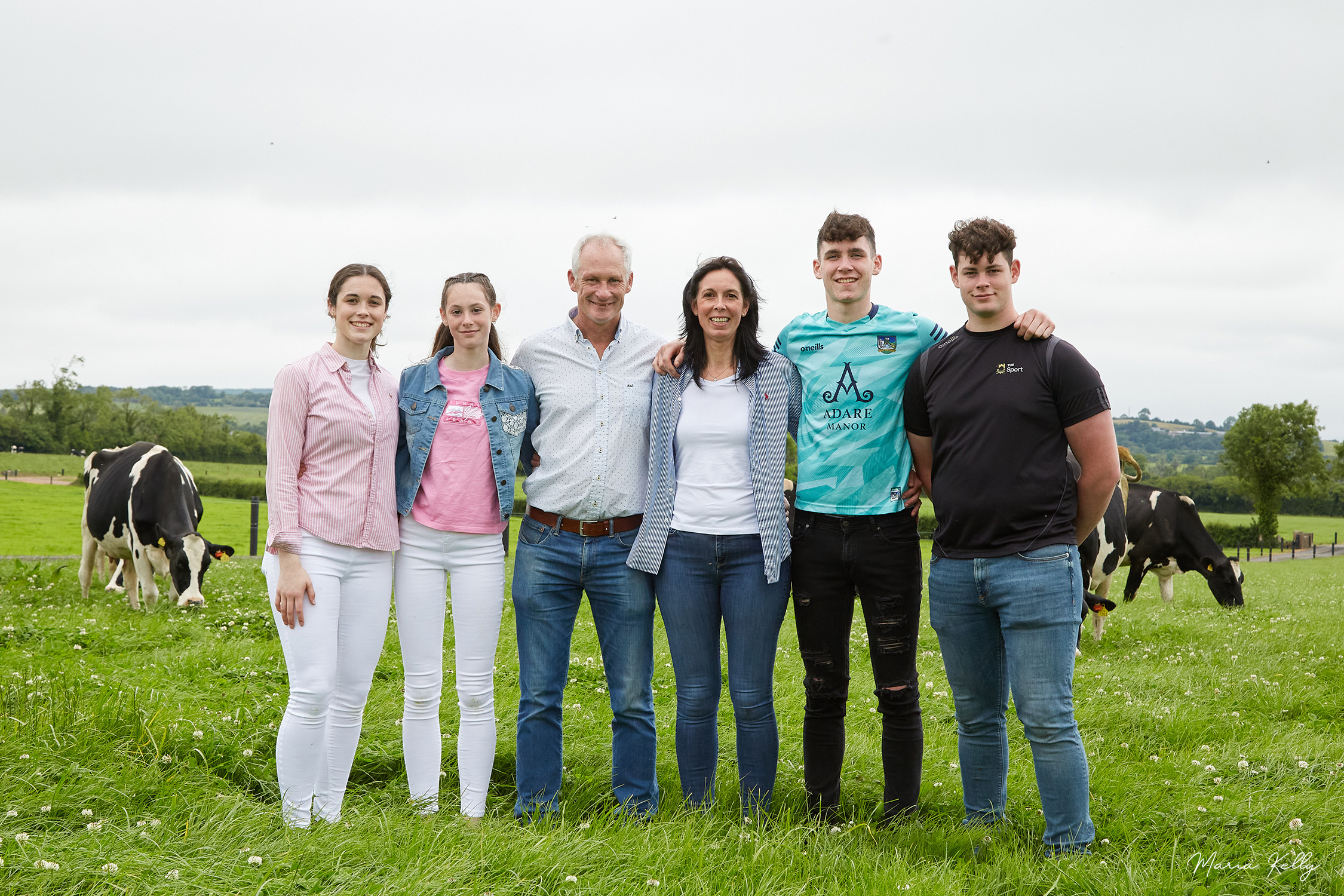 The Frawley family of the Ballytigue Herd would like to welcome all to the IHFA Open Day on their farm, Thursday 7th July. The farm is located 2.5 kms from O’Rourke’s Cross on the N20 Limerick to Cork road on the R518 towards Ballingarry/Rathkeale/Newcastle West.

The Ballytigue Holstein Friesian herd of Aidan and Sally Ann Frawley & family are delighted to welcome everyone to attend the IHFA National Open Day. The Open Day is taking place at their farm on Thursday 7th of July.

For companies looking to take a trade stand on the day, complete the forms below and return to IHFA.

Directions: The farm is located 2.5 kms from O’Rourke’s Cross on the N20 Limerick to Cork road on the R518 towards Ballingarry/Rathkeale/Newcastle West. 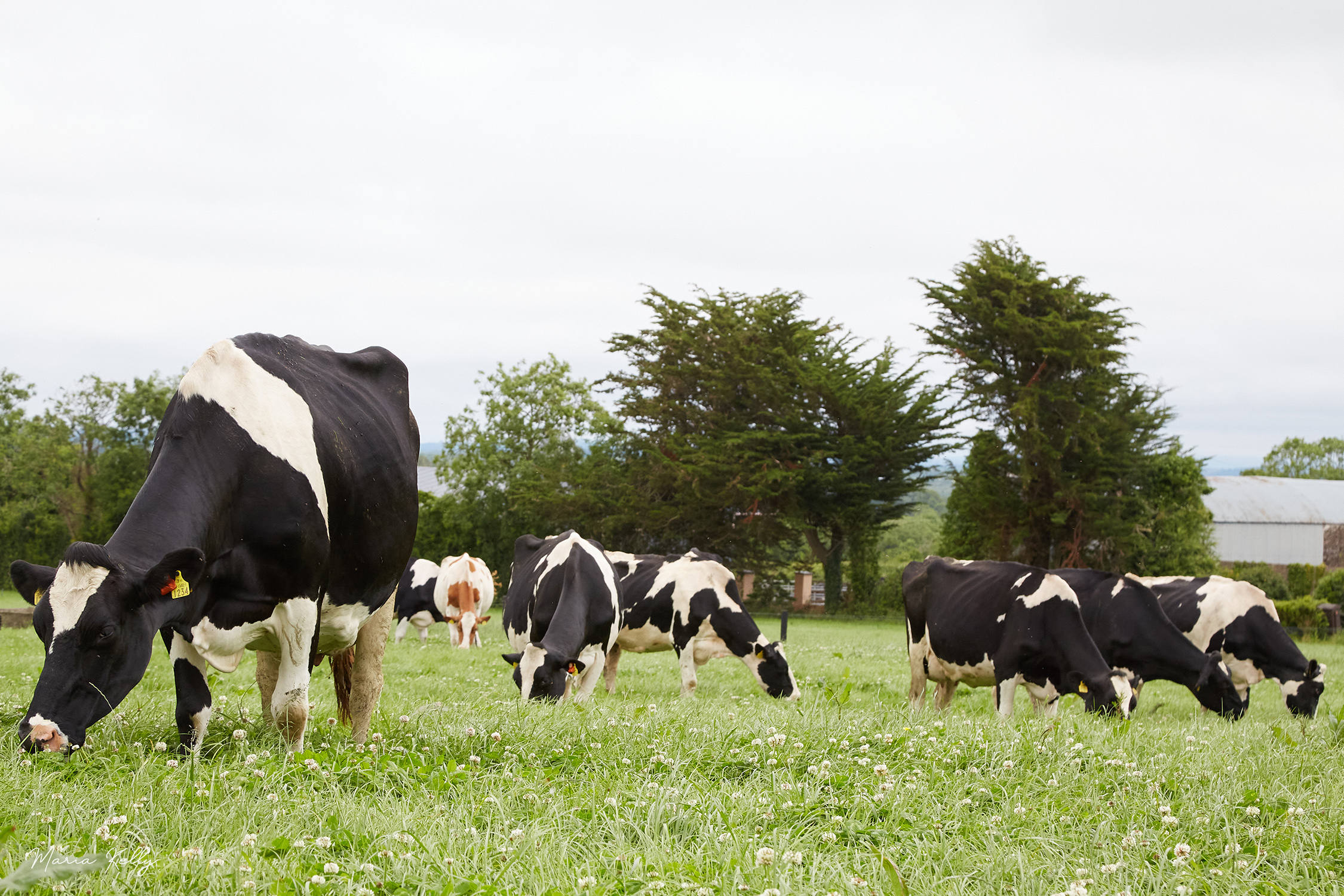 Established as a new dairy herd in 2002, the Ballytigue herd is synonymous with quality breeding, strong cow families and efficiency of performance. National recognition of this quality in terms of production and conformation standards is such that the herd has ranked in the top three of the IHFA National Herds Competition on numerous occasions recently. Prestigious Judges Choice Awards for inspection have also been conferred.

In 2019, in conjunction with IHFA, the Ballytigue herd successfully hosted the European Holstein & Red Holstein Confederation (EHRC) Judges’ School. This was the first time that Ireland has hosted this event and 39 high-calibre judges from across the continent competed.

They judged seven classes of animals from the herd, including six classes of milkers. The quality of stock turned out surpassed all expectations with the international judges being fulsome in their praise. This whets the appetite for what lies in store ahead of this year’s National IHFA Open Day.

Aidan’s parents, John and Ann, established the Coolstar herd. Aidan grew up on the family farm in nearby Coolrea, and was very involved daily along with his brothers and sister Desmond, Brian, John and Georgina. All the family continue the strong tradition of farming.

He met Sally Ann, from nearby Kilmallock, and the couple married in 2001. They set about making their own family home with a separate herd, converting what was until then a beef unit at nearby Ballytigue.

The Ballytigue prefix was registered with 35 heifers as the maiden herd and milk production began in 2002. The legacy of these heifers who laid the foundation is still very much pronounced in the herd today with the breeding lines continuing generation after generation.

Milk quota was purchased at every available opportunity in a continual quest to constantly develop and increase productivity. The adaptation of the yard, buildings and facilities to suit dairying was a significant challenge. The high-calibre of the farm layout today is testament to the investment, with hard work and attention-to-detail in the overall design.

Hosting the IHFA National Open Day is a landmark occasion for the family and Aidan and Sally Ann say that they are both proud and humbled to host what is a most prestigious event on behalf of all IHFA breeders.

Oldest son Sean is studying at third level in the Technological University of Limerick. Eldest daughter Laura is studying for her Leaving Certificate. Conor is in fifth year in secondary school while the youngest, Áine, is in 6th class in national school in Bruree. All the children are very interested in the farm and they help out on a regular basis. 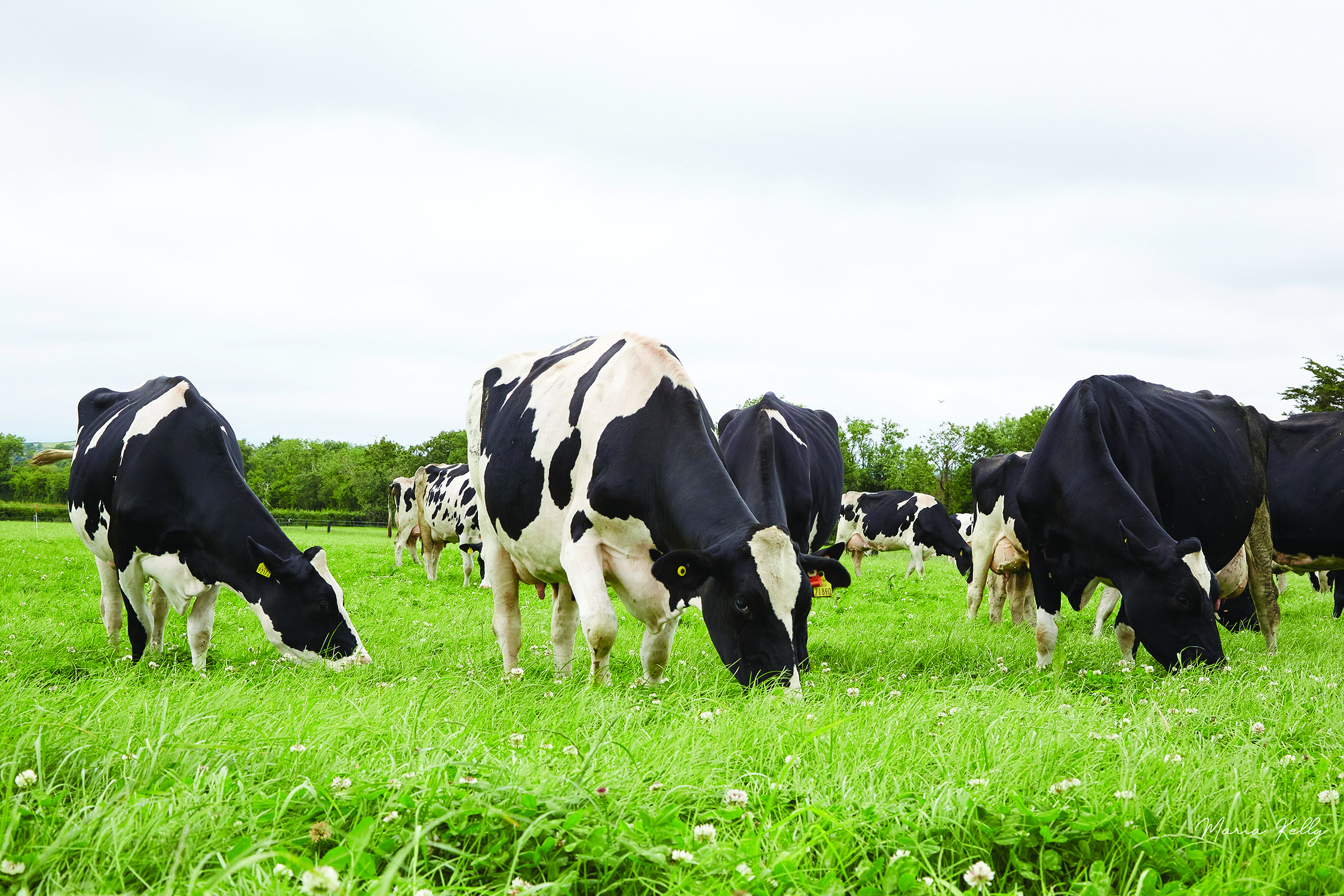 A progressive management approach towards soil fertility and grassland quality is an integral component of herd performance. Aidan emphasises the importance of regular soil fertility testing and adapting management strategies based on the results generated. He is quick to draw linkages between healthy, fertile soils, with increased yields of milk solids stemming from healthy animals grazing quality, healthy pastures. 30 to 40 acres are reseeded annually, and clover has consistently been included as part of the reseed mix for a number of years.

The association between functional conformation with lifetime productivity is clearly borne out in the herd.  The selection policy is for solid cows with a natural will to milk. The importance of functional conformation to allow this genetic potential to be expressed and realised is closely aligned. IHFA conformation scoring through the classification and linear scoring system is a key management aid to benchmark progress and inform strategy decisions. The herd average classification score is VG88. Parameters of performance used as a benchmark include a goal for heifers to achieve 7,500kgs milk in their first lactation with mature cows expected to yield over 10,000kgs milk.

Examples of some of the deep pedigree, consistent performance cow families include;

With the origin of the herd hailing from the initial herd of 35 heifers, the herd has been bolstered with some select purchases of choice cow families over the years. The increase in herd size was achieved organically, aided by the strong longevity and lifetime productivity of successful families.

The IHFA National Open Day will include the Inter-Club Stock Judging, Macra na Feirme and YMA Stock Judging with the tremendous Ballytigue breeding on display.  There will also be an opportunity to view the entire herd with an overview of herd performance and key parameters. To conclude this eagerly anticipated Open Day there will be a celebratory sale of choice youngstock lots from these top cow families who backbone the renowned Ballytigue herd.