Killuragh Friesians – From the Ground Up

Gearoid Maher is a fourth-generation dairy farmer, farming in Killuragh, Cappamore, Co. Limerick. He farms in partnership with his wife, Sarah, and they have a two-year daughter called Sally Kate.

Gearoid took over the farm in 2011 at the age of 26. The farm was leased out at the time due to his father’s ill health and he had just recently completed an Honors Degree in Agricultural Science. The plan was to get back into cows if at all possible. Gearoid had done a comprehensive business plan in college on the setting up of a dairy farm but finances were very tight. At the time of set-up there was virtually nothing on the farm. The sheds were falling down, there was more rushes than grass in the paddocks and all he had left in his student bank account was two hundred euro. Luckily enough, the funding was secured to buy a herd of cows and install the basic infrastructure needed to get started in dairying. It was a nervous time financially, but he was determined to make it work.

The land on the farm is a very heavy clay type soil. The average grazing season would range from 200 to 240 days. Gearoid knew he couldn’t change the land so he focused on the cow. The cow was going to be the engine of the farm. He considered all the different breeds but felt that due to the type of land and the length of farm roadways, that a Pure Friesian cow would best suit the farm. The stocking was always going to be limited so he felt that the cull cow had a huge value to him as did the bull calves and beef bred calves. There was also an element of tradition to the decision, as Gearoid’s father and generations before him had all bred a pedigree Friesian cow. So, Gearoid took a leap of faith against conventional advice at the time and purchased 40 pedigree Pure Friesian cows. He purchased the majority of the foundation stock from the Dunum herd and some from the Gortfada herd. This was the foundation of the farm business and these cows were used to establish the Killuragh pedigree herd.

Being a new entrant, the advice out there was that he should focus on EBI and only breed a cow from a number on a page. Gearoid thought that this was a bit risky. A suckler farmer would never buy a bull from just looking at a book! He decided to look at what the dams and granddams were producing and from there he focused on breeding for milk and protein because every other trait is more or less a given with the Pure Friesian.

He joined the Irish Pure Friesian Club in his first year back farming. He was nervous enough joining the club at first because here you had experts breeding cows for generations and Gearoid was new to the scene. It was quite the opposite however and he was made to feel welcome straight away. No matter if you’re milking 20 cows or 500 cows or you had good land or bad land, everybody in the club is just passionate about breeding excellent performing cows.

In his third year of milking, every cow in the herd was in-calf. Today the herd has grown to 80 cows producing 6,300kgs milk @ 4.22% fat and 3.60% protein, all from marginal land and all from cows that are minus on EBI for milk sub index. He also has heifers bred from the club’s bulls producing an average of 5,600kgs of milk. The calving interval is 366 days, the empty rate is generally 4 to 5%. Submission rate to first service is always over 90% and conception rate to first service is at about 70% with no intervention.  Gearoid started classifying the herd two years ago and currently has two EX cows, 20 VG cows and it should be noted that half of the herd is made up of first and second calvers.

In 2016 the Killuragh herd came third in the Senior Cow In Milk class at the Emerald Expo with Dunum Blossom.  She also won the Reserve Champion at the Cappamore Show. They also won the Highest Kgs of Protein in the Friesian Club Competition with Dunum Sneachta. This just highlights the calibre of stock that is available for sale. The farm has turned full circle to a profitable enterprise in just under 10 years. The cows and cow type are the foundation to this success. The Pure Friesian is probably the most underrated breed in the country but to Gearoid and the Maher family, the Pure Friesian cow is a high producing, highly fertile, low maintenance cow that has set them up securely for a  solid future in dairy farming. 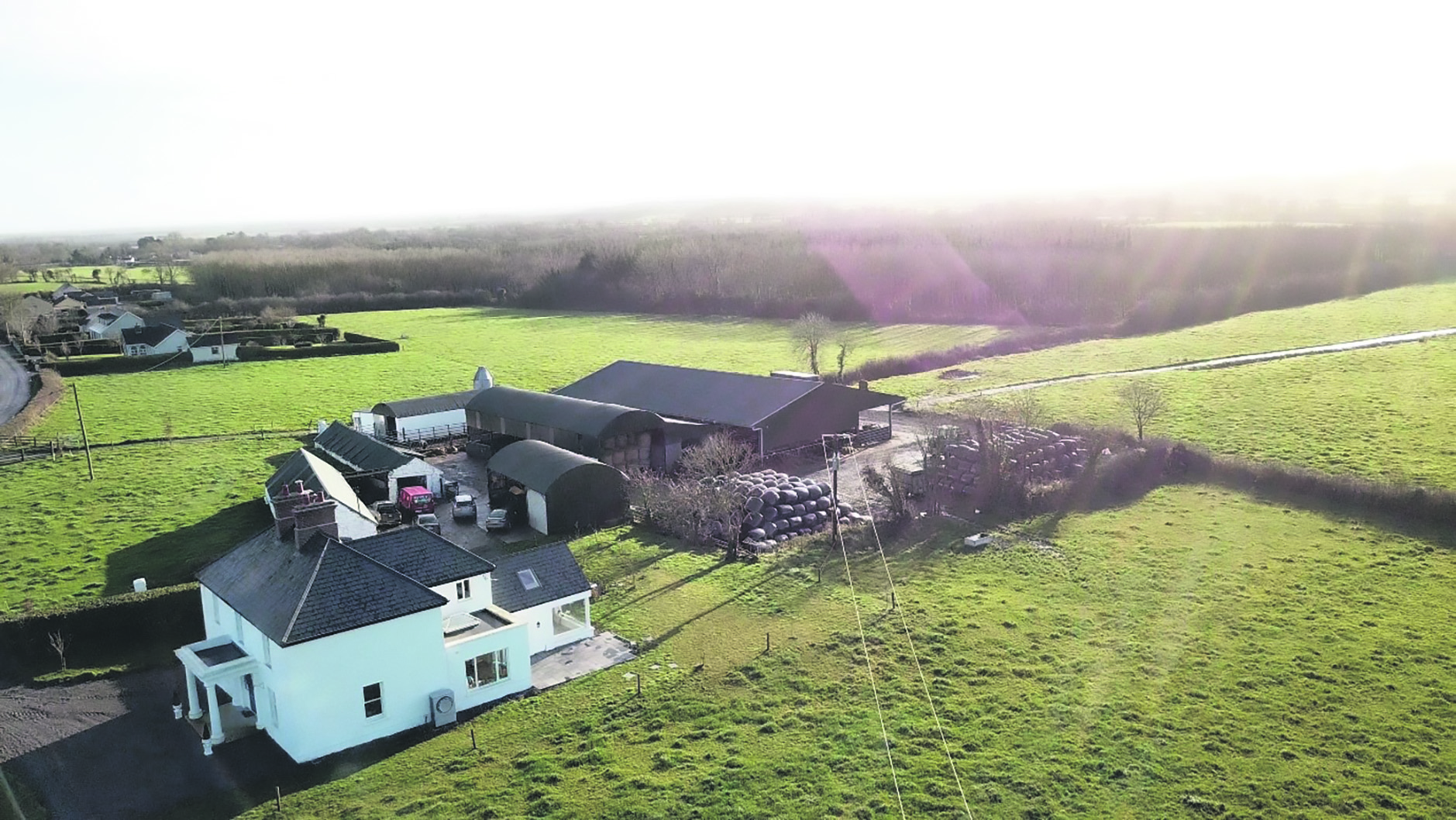 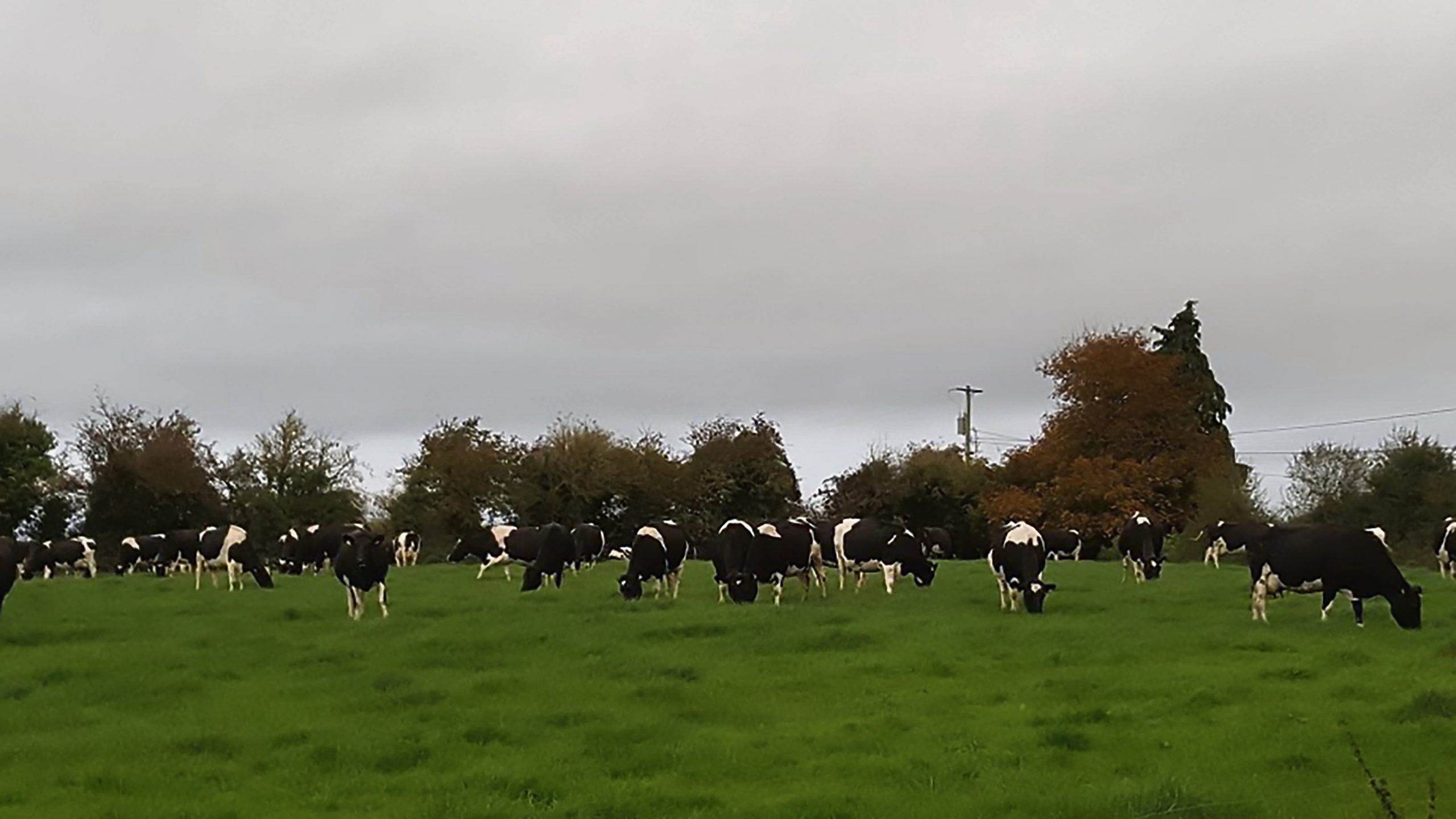 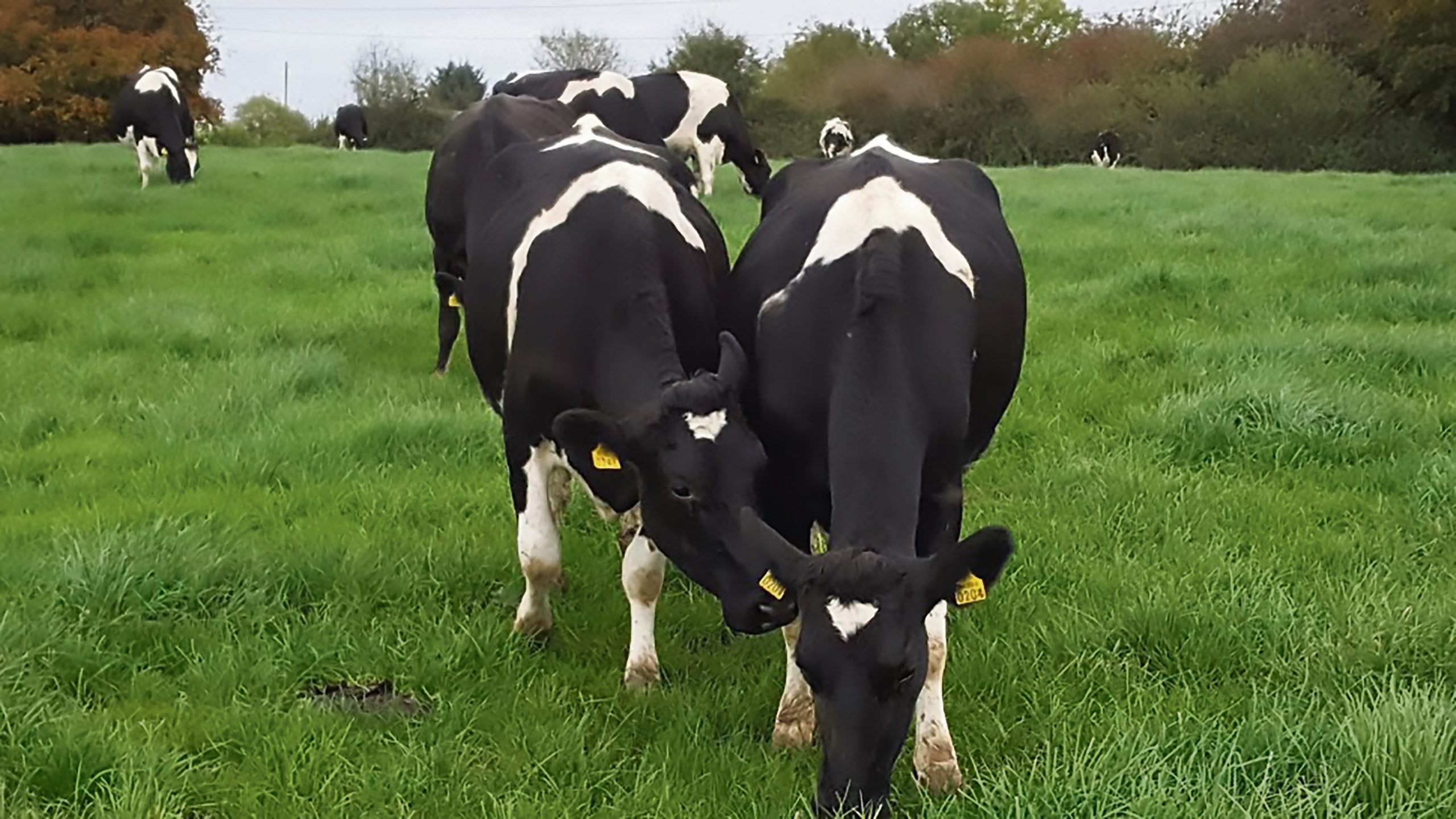