Cow families backed by generations of top performance and quality yields one of the best Monamore sales to date.

The 57th Monamore annual sale, for Tom, Rhona and James Kelly, took place on Saturday October 30th last. With an average price of 2,327 guineas achieved on the day, the sale must rank among the best ever sales for the Monamore herd.

The very brisk trade throughout the day was a very positive endorsement for the strength of cow families backed by generations of top performance for production, conformation and quality overall. The catalogue offering was a choice selection of over 110 high calibre lots. The sale was conducted by Taaffe Auctions and the venue was Carnaross Mart, Co. Meath.

Established Monamore families were once again to the fore including Torch, Darlene, Vera, Ellymae, and Raven to mention a few. Choice cow families acquired over the years to embellish the mix of high genetic lines such as Lila Z, Redrose, Papoose, Fame, Roxy, Butterfly and Ada were also on offer, adding to the depth of appeal.

The high consistency of quality cow family breeding helped to achieve a milestone for Monamore earlier this year when the herd achieved a total of 104 Excellent (EX) classified cows on IHFA conformation within the herd. The brisk trade right throughout the sale reflected the quality stock offered for auction. 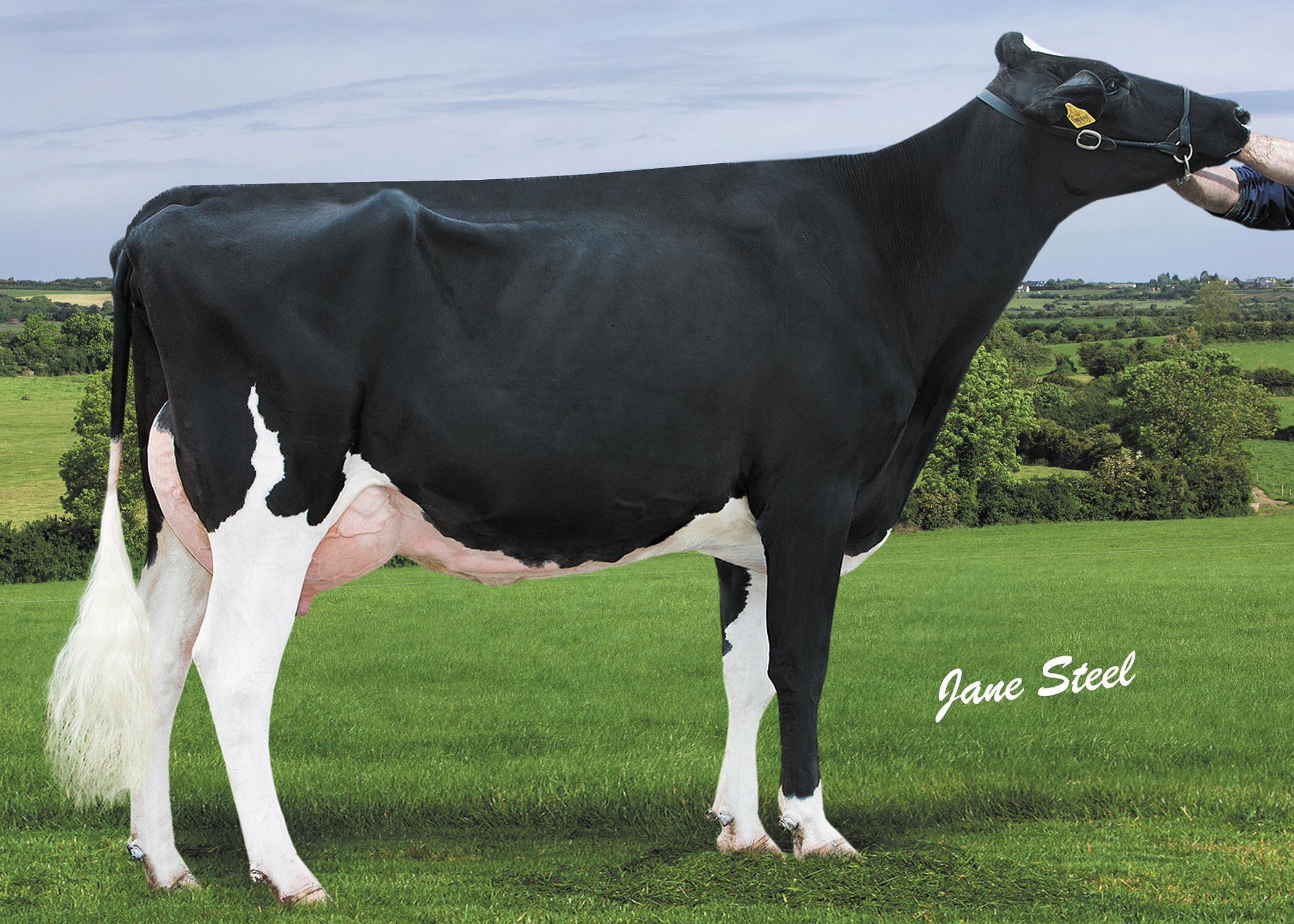 Monamore Casp Raven (Lot 23) topped the sale selling for 4,100gns. A fresh calved heifer, calved six weeks she is a potential eighth generation VG/EX. Bred from the Raven family, she is backed by three generations of dams, having 3.50% protein and higher.

Currently milking 36 litres per day, Monamore Casp Raven is one of the top yielding fresh heifers in the herd. She is sired by Claynook Casper (FR4416). Her heifer calf sired by Westcoast Yamaska VG86 (FR4368) was the top priced heifer calf selling for 2,050gns. Combined, mother and daughter realised a total auction price of 6,150gns.

Monamore Aladdins Torch RC (Lot 11) also sold for 4,050gns. She is a potential 11thgeneration VG/EX. Freshly calved just over a month, she is currently yielding 33 litres/day in the parlour. A red factor heifer from the Torch family, a cow family that is so synonymous with both Moneymore and Monamore breeding.

Monamore Boldi Butterfly VG 2 year old (Lot 16), was the top priced cow of the auction selling for 3,050gns. Backed by five generations of VG/EX dams with a deep lineage tracing back to the Grove Herd, she has yielded components to 3.61% protein in her current lactation.

A trio of heifers achieved the joined top price of 2,750 guineas for in-calf heifers;

Monamore Silvio Merrill (Lot 62) is backed by eleven generations of VG/EX dams. Served to SHG Rainstorm Red (sexed), she is due to calve in early December.

Monamore Caspers Roxy (Lot 65) sold for 2,700gns. Served to Sandy-Valley I Batman (sexed), she is due to calve at the end of December.

Monamore Fames Pepper (Lot 66) also sold for 2,700gns. Bred from five generations of VG/EX dams with protein over 3.50% she is also due to calve at the end of December, served to Sandy-Valley I Batman (sexed).