22 heifers sold for prices in excess of €2,200. The top yielding heifers were milking to 35 litres per day. An overall clearance rate of circa 85% is testament to strong buyer demand for quality stock. The sale took place on Wednesday March 2nd at Raphoe Livestock Mart. 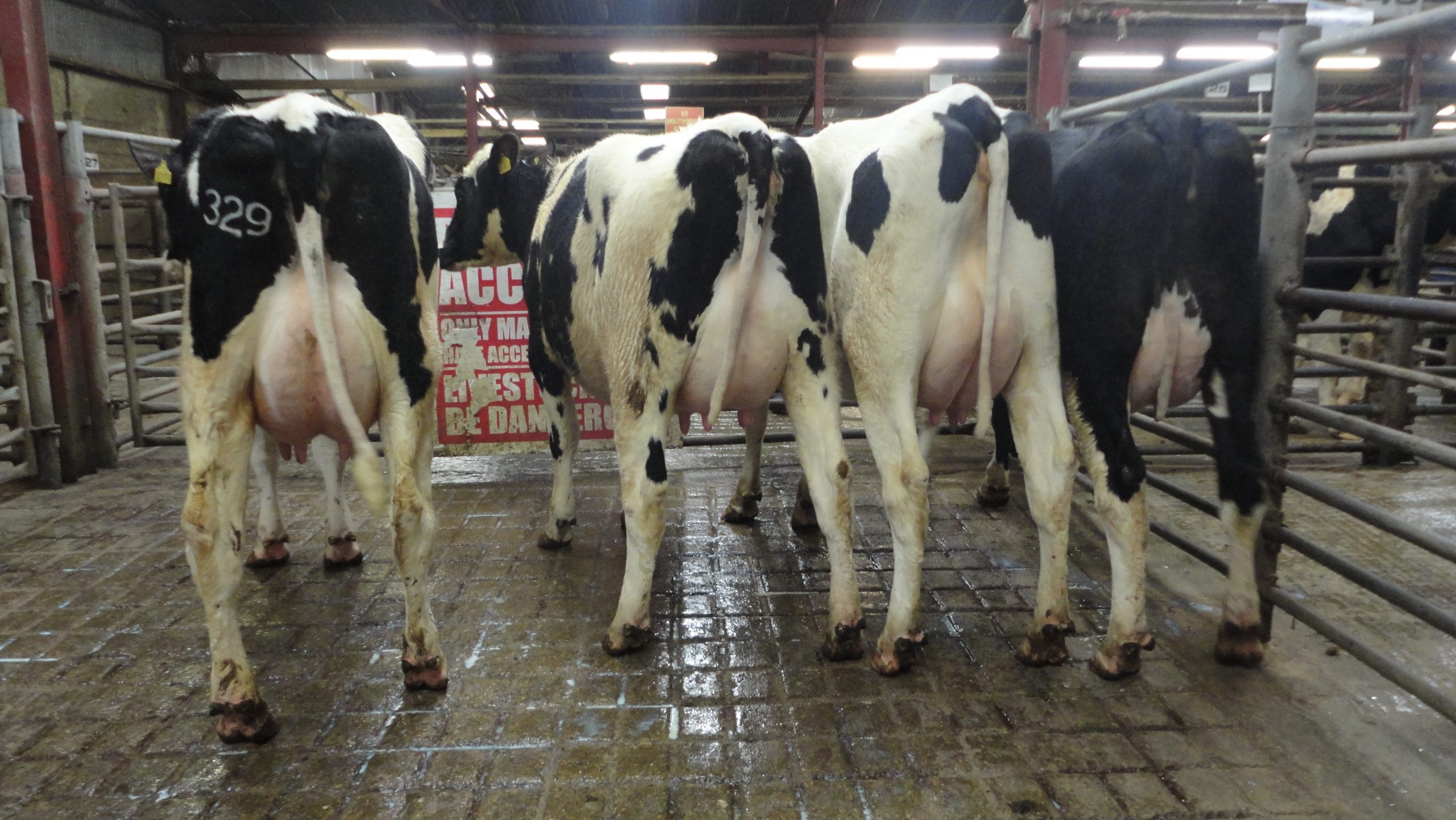 The top four heifers selected in the pre-sale show

8 heifers sold for prices in excess of €2,400. The top price of €2,900 was paid for Culcara Lotus Fame 2 1844 (Lot 13), bred by Charles McCandless, Culdaff. She was judged Champion of the pre-sale show. She is backed by eleven generations of VG/EX dams from the Fame family. Calved since the end of November she is projected to yield 8,300kgs milk, 570kgs milk solids in her first lactation. Her VG86 dam recorded 13,027kgs milk, 839kgs milk solids in her third lactation (305 d).

Culcara Canyon Joy 1 (Lot 25) sold for €2,580, commanded the second-highest price on the day. She is also bred by Charles McCandless, Culdaff. Calved since January 25th she is currently yielding 32 litres per day. She is a potential 10th generation VG/EX dam. Her dam has averaged over 11,000kgs milk, 767kgs milk solids in her four lactations to date.

Reserve Champion of the pre-sale show, Culcara Lotus Janice 2 (Lot 39) sold for €2,550, achieved the third highest price of the sale. She is bred from the same sire as the Champion heifer – Monamore Lotus who is a Carlino son bred from six generations of VG/EX dams.