The IHFA (Irish Holstein Friesian Association’s) National Open Day was attended by a very large number of dairy farmers from all over Ireland. There were numerous trade stands and the event was officially opened by Conor Ryan, CEO of Arrabawn Coop. 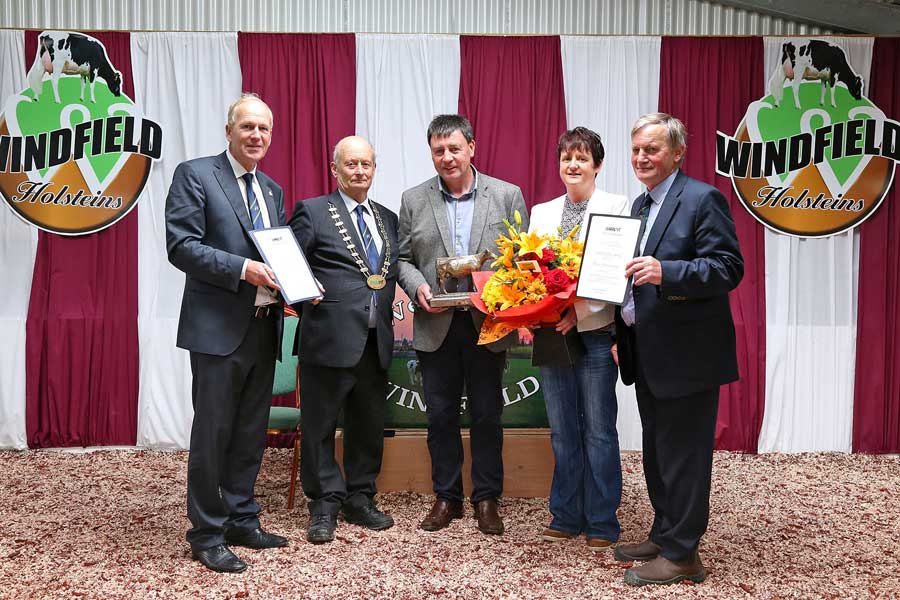 There are two IHFA Diamond Award cows of note, (over 3,000 kgs of Protein produced) Windfield Merci Mary EX94 7E now in her 10th lactation and Windfield Wade Rosina EX93 5E, heartily in her 12th lactation. Over 30 heifers were offered for sale on the day. The top priced heifer on the day was Windfield Katie 17, a February 2014 born daughter of Bomaz Marion Emerald. The heifer had an EBI of €115 and is due to calf in early November and she sold for €4,200.

Next best in the ring was an April 2014 born daughter of the Italian bull Pirolo Goldwyn Wyman, which sold for €3,180.Another heifer, Windfield Mary 25 also broke the €3,000 mark.  Windfield Aoibhinn 4, the October 2014 born heifer sired by Cogent Twist sold for €2,020. She had an EBI of €148 and is due to calve on March 1.The sale also featured a high clearance rate, with just two heifers failing to sell. Most of the heifers on offer sold between €1,500-4,200. €2,000 was raised for charity on the day and this was donated to Skehana Community Development. 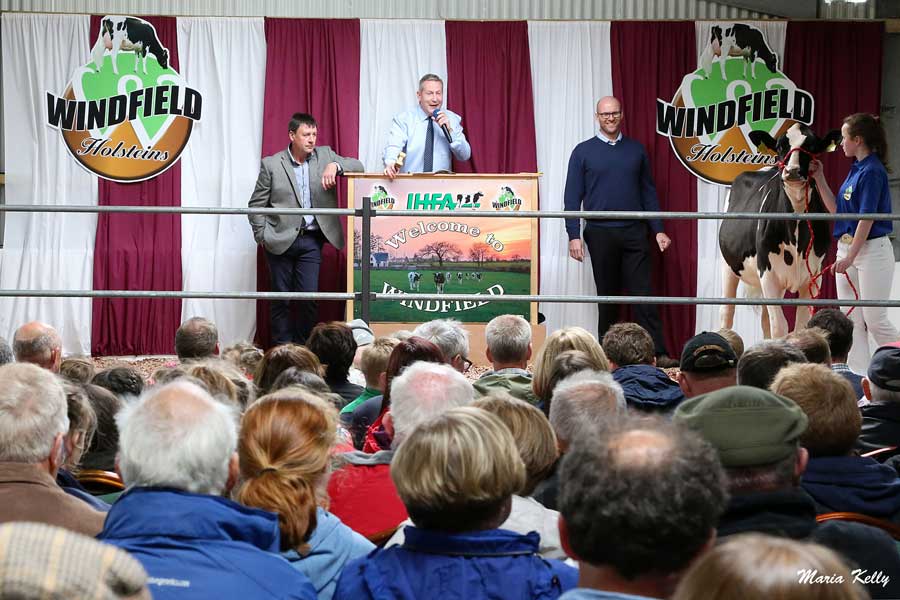 The Gold and Diamond awards were also sponsored by the FBD group. A Diamond award is for cows having yielded 3,000kgs of protein in her lifetime (2015) and classified EX while a Gold award is for a cow having yielded 3,000kgs of protein. A popular celebrity on the day was John Muldoon, Captain of the Connacht ruby team who arrived with the Guinness Pro12 cup. John is from a livestock farm near Portumna and of course Tommy Screene played rugby in his younger days with the Bucanner club.

Despite current poor milk prices heifers from the Windfield herd reached €4,200 at the sale held in conjunction with the open day at the family farm of Orla and Tommy Screene on July 6 last. The Windfield herd is of average size with 65 Pedigree Registered Holstein Friesian cows with a further 60 young stock .The farm is comprised of 90 acres owned and 60 acres leased and is located near Menlough in northeast Co. Galway

Current herd average production is 1,870 gallons (twice the national average), while milk solids and protein are excellent at 3.83 % Butter fat and 3.50 % Protein. There are now 22 EX, 33 VG and 5 GP animals in the herd. Charles Gallagher, Chief Executive of the IHFA said that these are all home bred cows and longevity is a key aspect as mature cows are a significant proportion of the herd. He also mentioned their dairy strength and excellent functionality in feet, legs and udders. 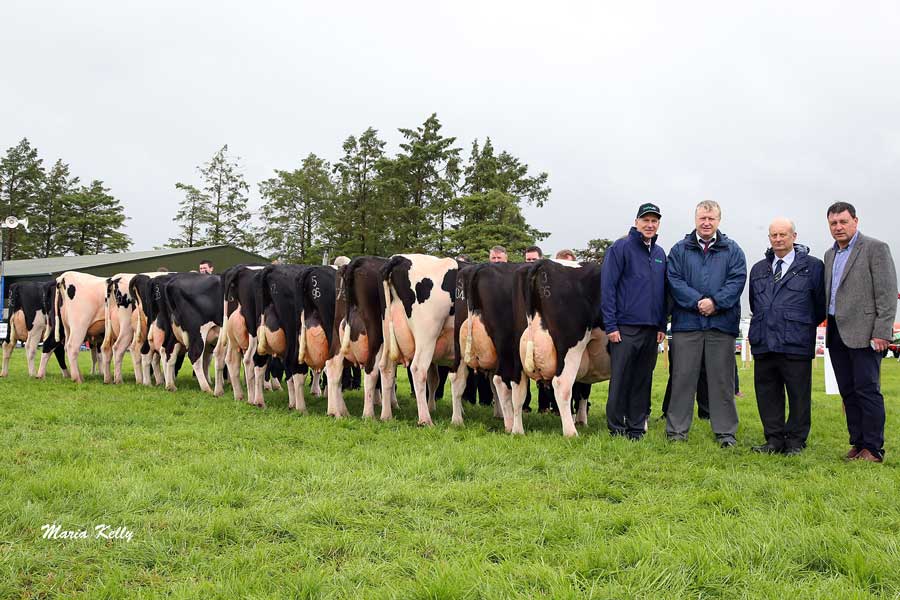 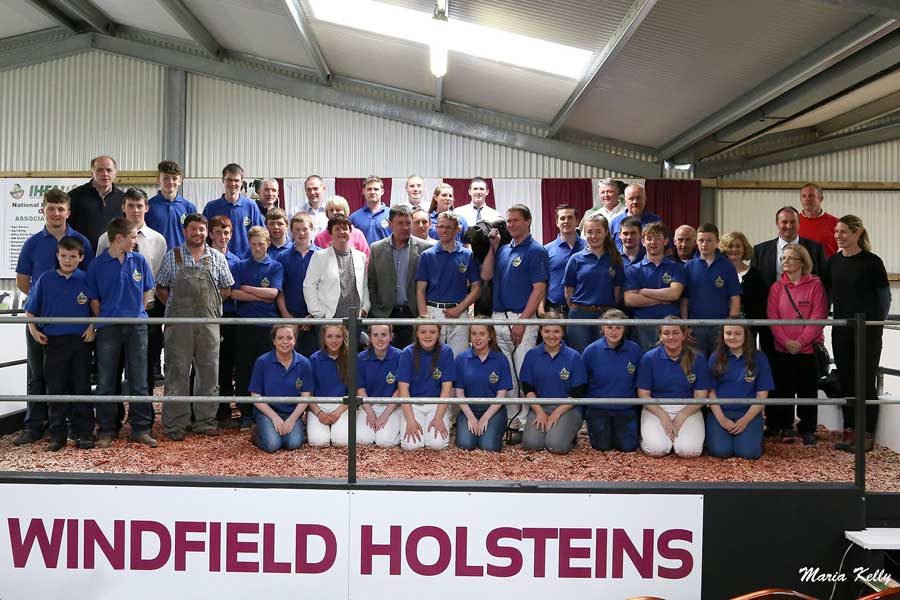