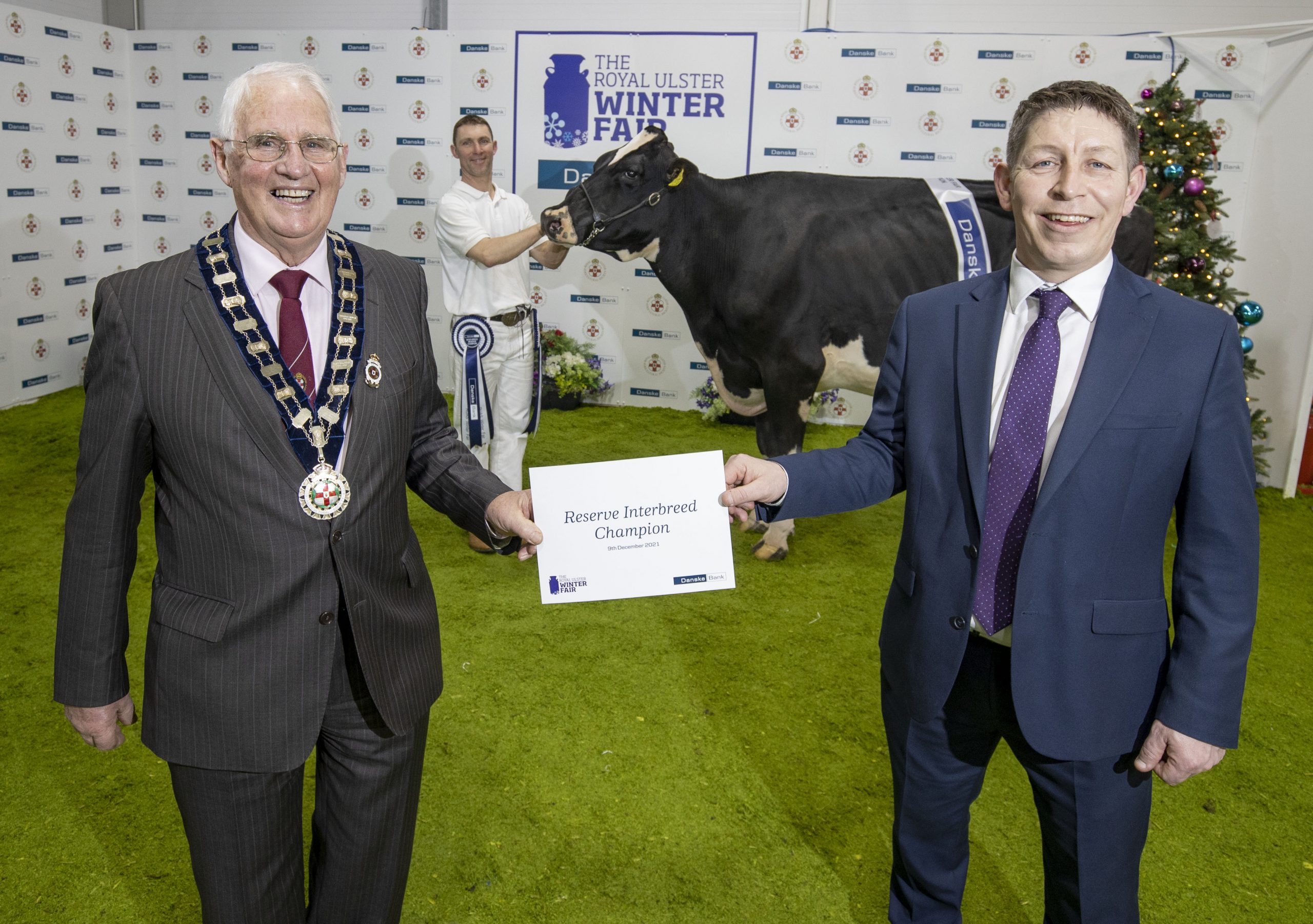 Southern Breeders to the fore at Winter Fair ‘21

There was a very prominent showing of southern breeders competing strongly for honours across the showmanship, youngstock, in-milk and championship classes. 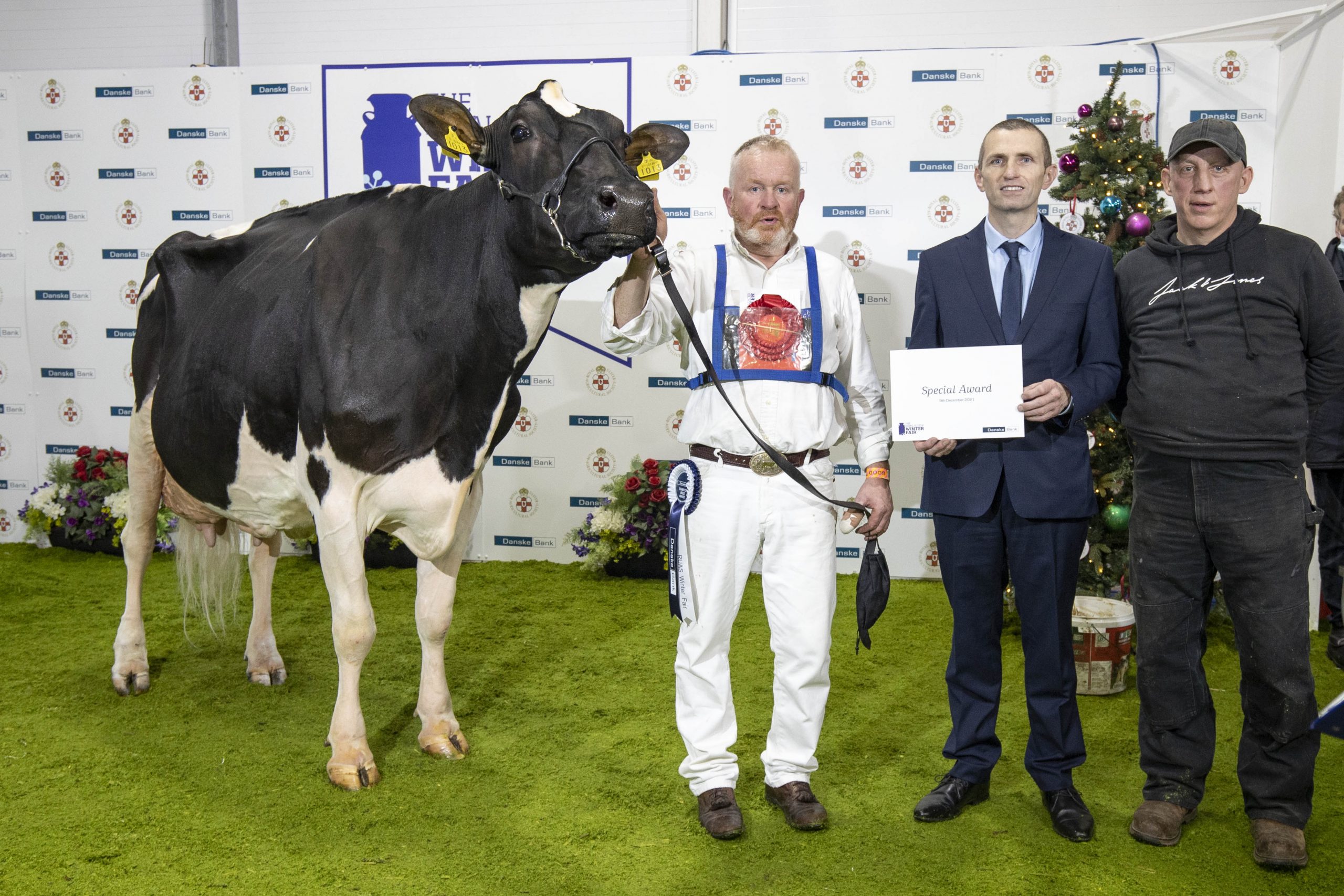 Jones Crushtime Patricia, exhibited by Isobel Jones, won the Junior Championship, 1st Junior Calf and she was placed Reserve Champion in the Junior Inter-Breed Championship. She reigned supreme in her Junior Calf class, totalling fourteen calves, making it one of the biggest classes of the show.

There was success for Young Members in the Handling Classes with Will Jones, Hannah Greenan and Manus Murphy placing 2nd 3rd and 4th respectively in their Intermediate Showmanship class. Josh Sinnott was 3rd in the Junior Showmanship class. 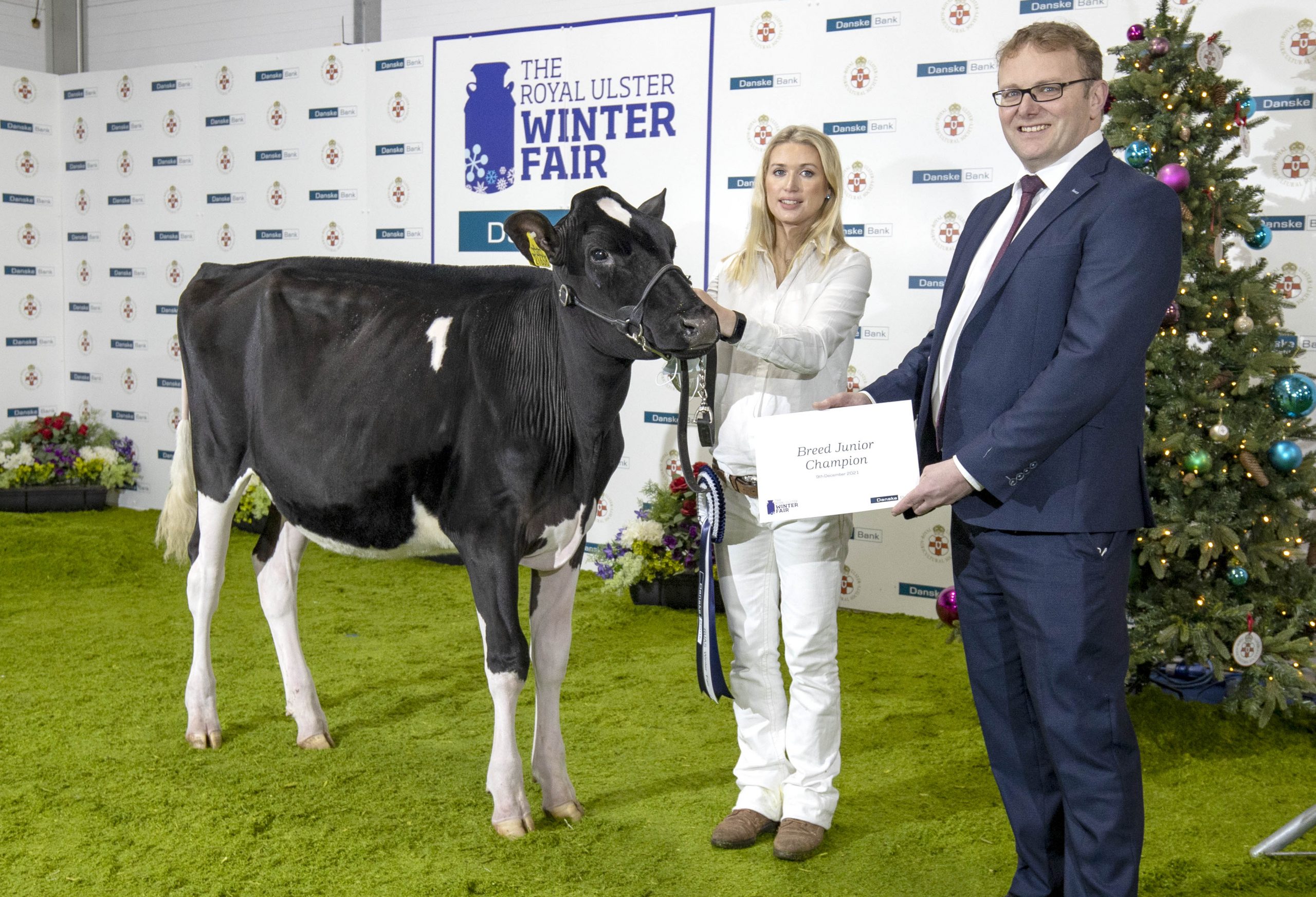 Judge of the 35th Winter Fair was Mr. Edward Griffiths of the Coachgate herd in England. Edward is a member of the European Holstein & Red Holstein Confederation (EHRC) Judges panel and he is also a member of the Holstein UK National Judges Panel.

He is the first judge from England to have judged the Northern Ireland Winter Fair. He has vast judging experience over many years including multiple international judging assignments. In 2018 he judged the National Dairy Show, Millstreet.

Having whittled down his Senior Championship selection, the judge’s final line-up of his six top cows included three southern cows.

Ballyboy Sid Carmen, exhibited by Ballyboy Holsteins, was among the contenders short-listed. She was placed 2ndin Class 28 – Cows in-milk in their fourth lactation. She is Classified EX92 on conformation and is backed by seven generations of VG/EX dams. Calved six weeks, she recorded 10,886kgs milk, 861kgs milk solids in her 3rdlactation.

“She is a super cow. I really admire her strength of spine, her side profile with such quality venation and height and width of rear udder” – is how the judge described his champion cow, best Exhibitor bred & Supreme Interbreed Reserve Champion – Hallow Atwood Carmen exhibited by Hallow Holsteins.

She won 1st Cow In Milk having had three calvings and also won best udder of class. She is bred from seven generations of VG/EX dams, including five consecutive generations of EX dams.

Calved five months, she recorded a 2nd lactation yield of 12,566kgs milk, 900kgs milk solids (305 days). She is classified VG89 on conformation with composite scores of EX90 for legs & feet and rump.

She was praised by the judge in his comments describing her as “A truly superb mature cow”. He commented further “She has a super frame, hard top, snug in her udder, clean through her tail and possesses tremendous breed character throughout”.

Sired by Baldonnel Flashmatic she is backed by seven generations of VG/EX dams including six consecutive generations of EX dams. She is classified EX92 2E on conformation with composite scores of EX93 for mammary, legs & feet and rump respectively.

Calved four months on the day of the show she has a lifetime yield to date of 44,404kgs milk, 2,887kgs milk solids.

The Eikon Exhibition centre located near Lisburn was the venue for the Winter Fair. It is a highly impressive facility, of a scale and quality on par with any venue complex across Europe. The recently constructed permanent annex, adding to the total available floor space, provided additional space with enhanced provisions for the cattle stalling area.

With 200 trade stands on display, it is a testament to the commercial popularity and widespread appeal that the Winter Fair possesses.

For the first time ever, the show was live streamed throughout the day to cater for those not available to attend in the current circumstances.