Maria Burke and Kevin Walsh accompanied the team on their travels and provided tremendous leadership and guidance. Arriving into Belgium late on Tuesday evening, all were excited as the school began early next morning. Workshops, talks, demonstrations ont he key skills continued throughout the week as Young Breeders from twelve countries absorbed the education aspects of EYBS 2017.

Showmanship and calf classes were the finale of the week’s activities as our Young Members experienced competition at European level. Well done to all team members. On the next page, each recounts their experience and share their personal reflection. Thanks to Maria Burke and Kevin Walsh for accompanying the team and for being a steady support throughout. 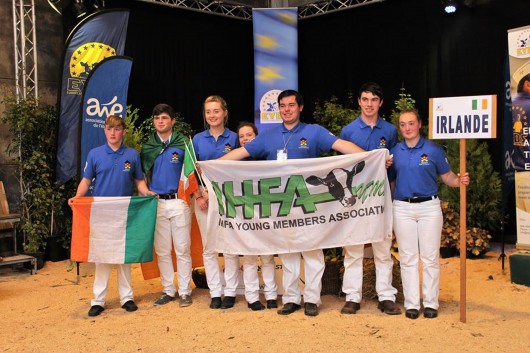