Farming in the townland of Ballynennan, near the village of Drangan in South Tipperary, the Moroney family farm lies amidst the foothills of Sliabhamon, the distinct mountain landmark of Ireland’s Premier county. Padraig and Audrey and their children, Patrick (aged 15), Erin (aged 13), Dawn (aged 11) and Turlough (aged 10), operate a very efficient farm business consisting of an integrated calf-to-beef enterprise in harmony with the Lismalin pedigree Holstein Friesian herd.  Padraig describes it as a simple system overall, aiming to produce the very most from grass, within the parameters of heavy land, with an overall stocking rate of 1.1 acre/cow.

Not content to simply shrug his shoulders at the apparent declining trend in beef quality and overall recent apathy within the industry towards dairy beef from a growing national dairy cow herd, Padraig refused to countenance a future of low-price returns for his male calves every year. Acting proactively, he has turned this scenario on its head, transforming it into a value-added enterprise for the family such that 52 two-year-old Holstein bullocks, born and raised entirely on the farm will be sold in January next year. Predicting future beef prices is futile at the best of times however in the past Padraig has attained prices of from €1,050 up to €1,300 for his 2-Year-old Holstein Friesian bullocks.

The adaptability and unique genetic diversity of the Holstein Friesian to suit the farming system is milked for all its worth in this high productivity herd. Production performance for the herd last year recorded 1.47 million kilos milk and 105,816kgs milk solids. Padraig says,  “We have a commercial focused, hard-working, spring calving herd deriving the most from grass. Efficiency of herd output is benchmarked by volume of milk solids output rather than focusing on percentages (deviations)”.

Fertility performance is evidently a strong point with 91% of the herd calved within the months of January to March. In addition, the herd has a calving interval rating of 360 days. Yield and fertility do co-exist, aided by careful breeding policy and responsive herd management, evidenced here by the performance of the sixty-four mature cows (4th lactation +) who produced 12% greater yield of milk solids above herd average last year with a calving interval performance of 363 days. Padraig says, “An in-calf rate of 88 – 90% at the completion of the breeding season has been the norm for the past few years and having looked at the five-year herd trend report our calving interval has steadily averaged 365 days”.  Herd health is also a positive attribute with an overall S.C.C. score of 89. Longevity is an additional quality component of the herd with 29 cows in their sixth lactation or older.

Padraig has built up cow numbers gradually over the years from a starting base of 50 cows in 1979. At the onset of quota introduction, the herd had grown to 120 cows and this trend of expansion from within a closed herd policy bloomed again post 2015 with 223 cows calved-in this Spring.“My ideal cow type is a uniform herd of trouble-free cows who perform well from a basic diet of grazed grass and will also respond to supplementary feed judiciously introduced at the opportune times during lactation. Conformation is so important because functionality of cow type is the kernel of harnessing return from the farm’s resources. Functionality translates into hard-working cows with the conformation traits and robustness to develop into senior cows with mature yields achieved over long-lasting lifetimes. “The goal for the herd is to achieve 600kgs milk solids/cow/year. Correct cow type is very important as a contributory factor to sustain this goal. With available labour such a scarcity it’s another considered reason why optimising production from every individual cow is so important”.

Lismalin TIH Gloria 1388 in her 12th lactation is the oldest cow in the herd. Lismalin TIH Poppy 1590 is in her 11th lactation. Combined they have produced over 132,000kgs milk and 9,760kgs milk solids to date. Both cows with double digit lactations matured over time, developed gradually and got better with age and are trouble-free.

“The furthest paddock is 2kms away from the parlour, so that’s a daily round trip of at least 4kms per milking. The soil is heavy by nature. The weather dictates so much. While we all try to have cows out to grass as early as possible, most years it is early April before cows are grazing day and night here. “Stocking rate has its own inherent limits. Leaving aside the derogation which may already be on borrowed time, you can only expect land to do so much. Pushing it too far will lead to consequences down the line. The reality is, winter housing the herd any date later than November 20th is a bonus.

“Meal feeding of 1.2 tonne/cow per year is a complimentary aid to drive not only animal performance but grassland performance also. This supplementation helps ensure cows can sustain continued grazing at both the start and end of the grass growing year.”  The functionality of the cow type has to match up to all this criterion, to suit the farming system. Classification helps inform breeding decisions and helps to achieve the desired goal regards functionality. “Cows who classify well tend to be trouble-free cows with a natural will to milk.”  Current sire selection policy includes a balance of traits; production, conformation and fertility while cognisant of EBI. Padraig says

“I have a preference for North American Holstein strains for better conformation, good fertility and with a PTA of + 400kgs milk. I also select on the conformation traits, especially strength. Traits such as Daughter Pregnancy Rate (DPR) and Net Merit index are also considered. I find the World Wide Sires mating programme helpful and I also like the depth and diversity of choice from the stud. “We currently have a number of cows yielding over 700kgs milk solids per lactation and these cows are not under pressure. This highlights that the breed has the production capability and that targets can be achieved. Through selecting for higher kilos of solids and culling out the lowest quartile, further increases are very realistic and achievable.”

Some representative examples of the hard-working members of Lismalin cow families;

Her two daughters both sired by Crockett-Acres Eight ET;

“Soil fertility is very important and we have managed this aspect really closely in line with overall farm improvements. All the farm is in index 3 for P & K and meets the industry best-standard for lime application. The impact on this has been a reduced purchase of fertiliser which has been very positive economically. To streamline grassland management and labour, the farm’s paddocks have been set up specifically to suit the herd size, with good roadways providing free-flowing access.”

Returning to the beef enterprise from the dairy herd Padraig comments,

“The dairy sector has been targeted recently for some unfair coverage regards implications for the wider beef sector. I was fed up with being offered poor prices for beef calves who I knew had a better value. Why put yourself at the mercy of a buyer coming into the yard each spring or leave yourself open to the mercy of the unpredictable availability of an export boat? I have the land base available to rear the beef animals. It doesn’t impact on the milking platform and through the help of my full-time labour unit and family help, we are able to manage a good operation overall. The income generated is a boost, coming as it does during January and February when there is no milk cheque. In addition to the performance of the Holstein Friesian males, Angus cross steers and heifers also command good money with store bullocks sold earlier this year averaging €780/head and heifers averaging €728.”

While the Covid-19 lockdown has forced the cancellation of the Lismalin herd hosting a Tipperary Waterford club field evening later this year Padraig jokingly point out a fortuitous silver lining of the on-going lockdown restrictions “As a proud Tipp GAA supporter it means we might be holding onto the Liam McCarthy cup for a second year in a row”. 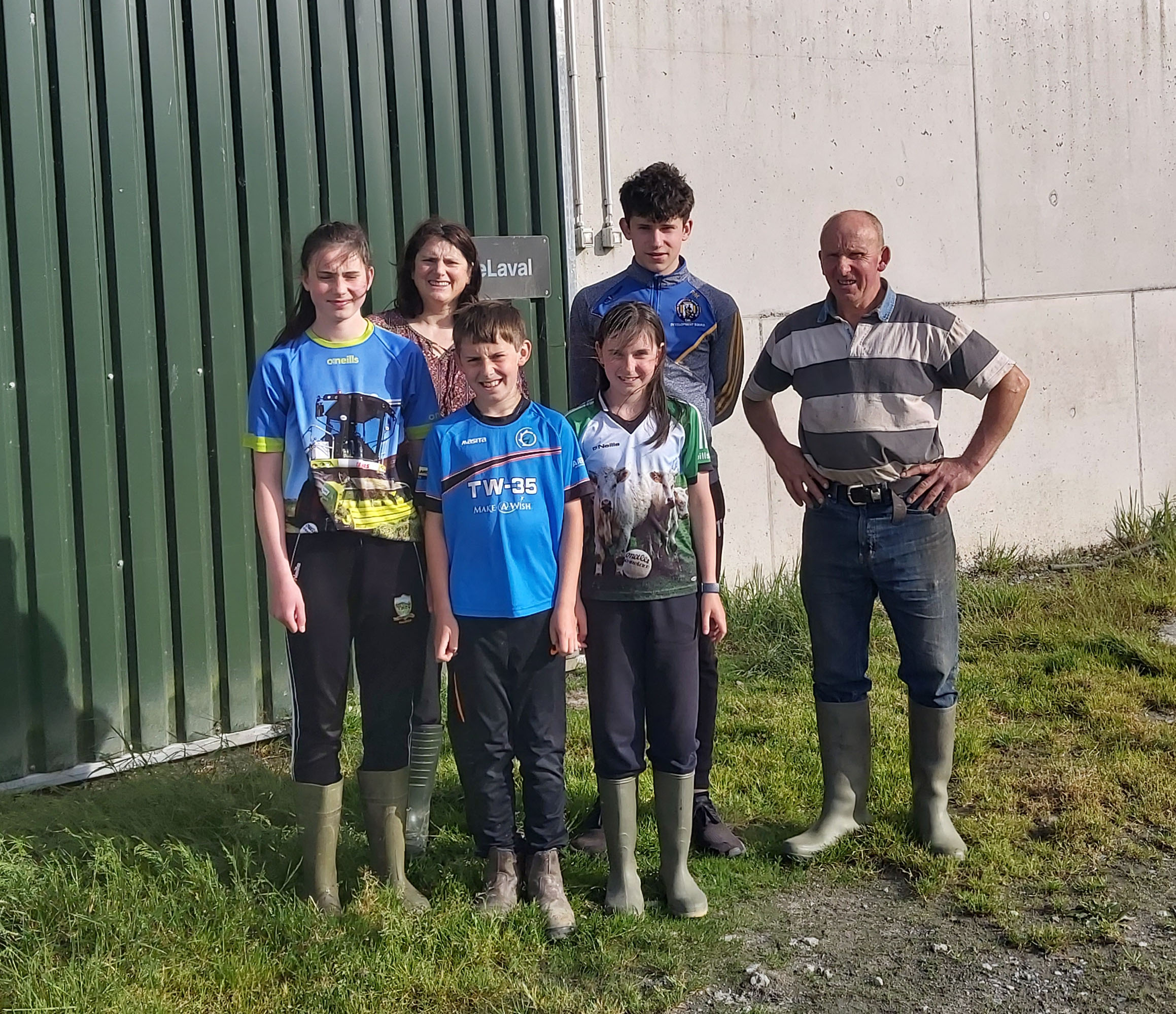 Padraig and Audrey and their children, Erin, Patrick, Turlough and Dawn 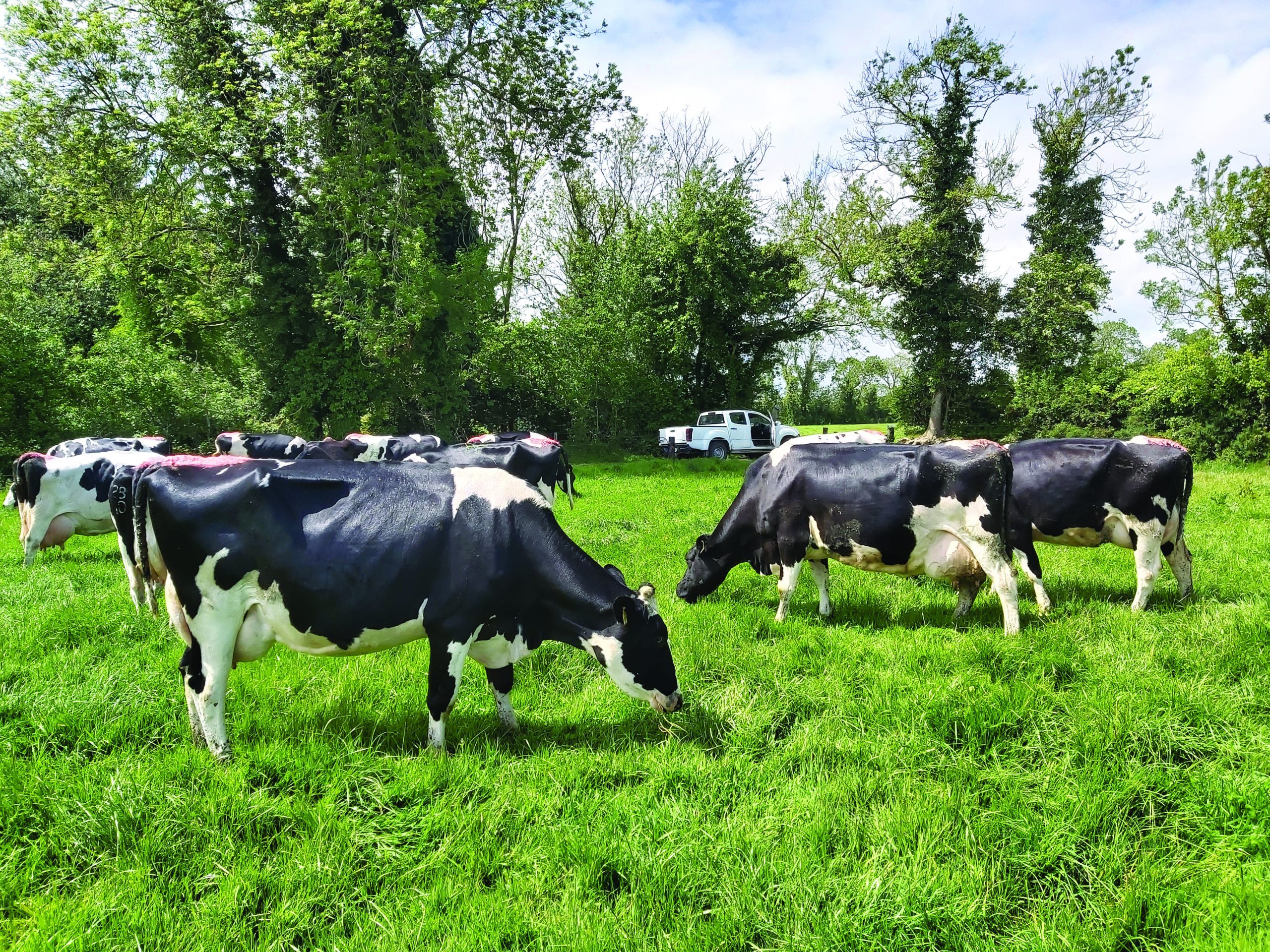 Cows of the Lismalin Herd 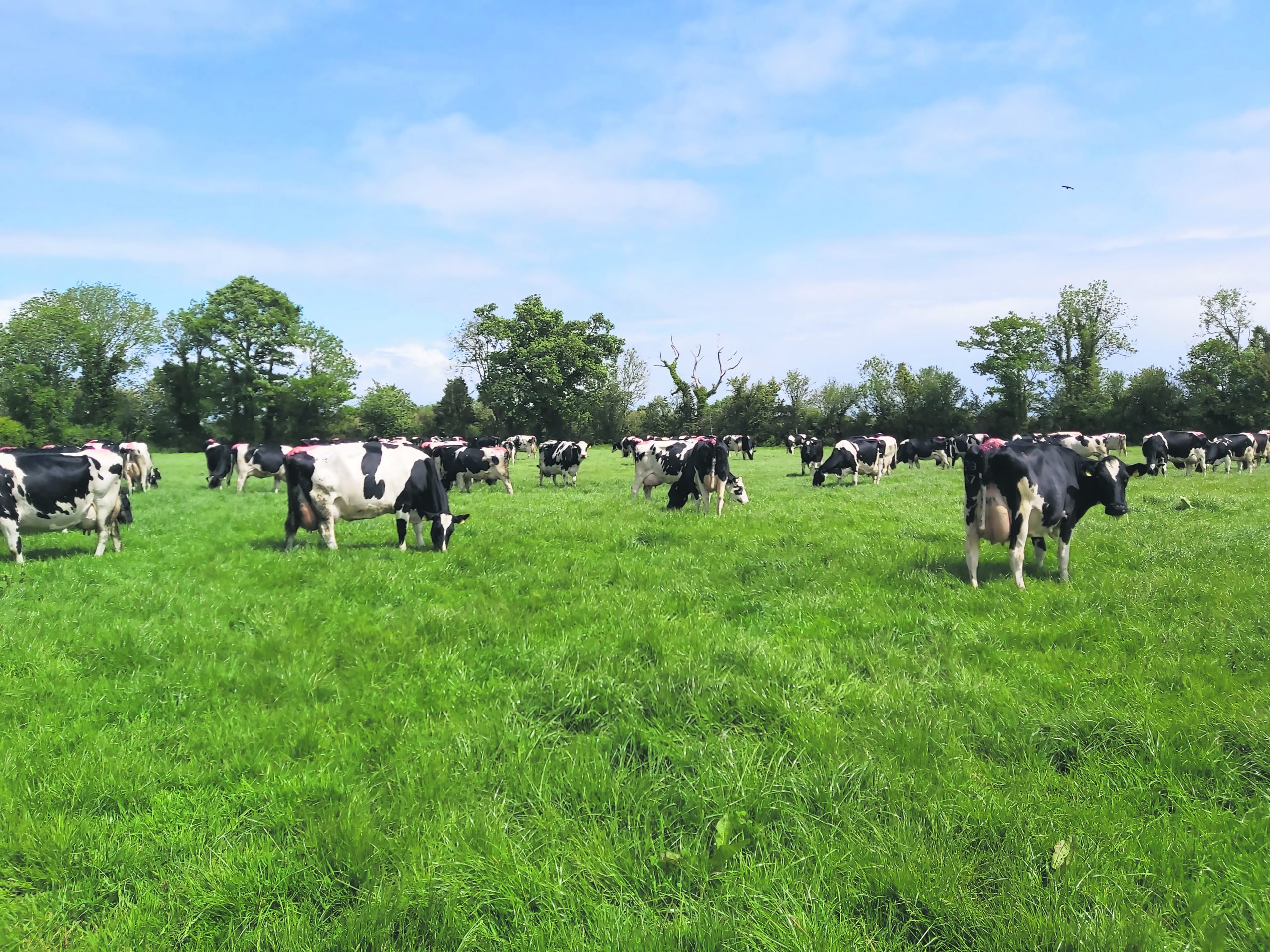 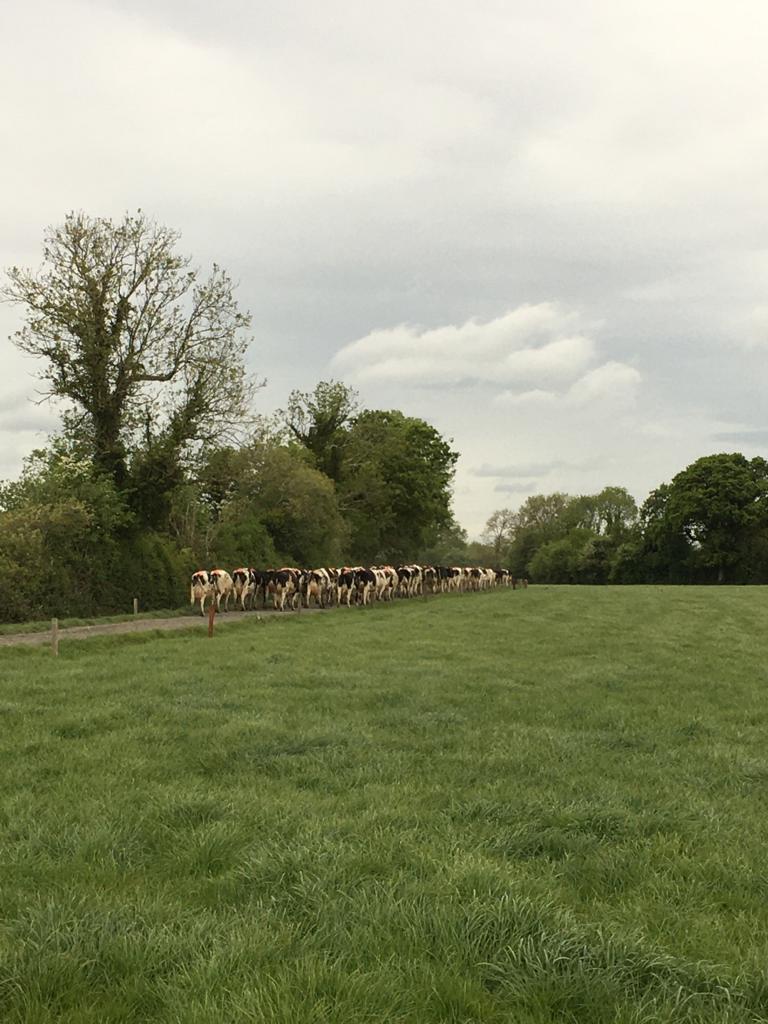 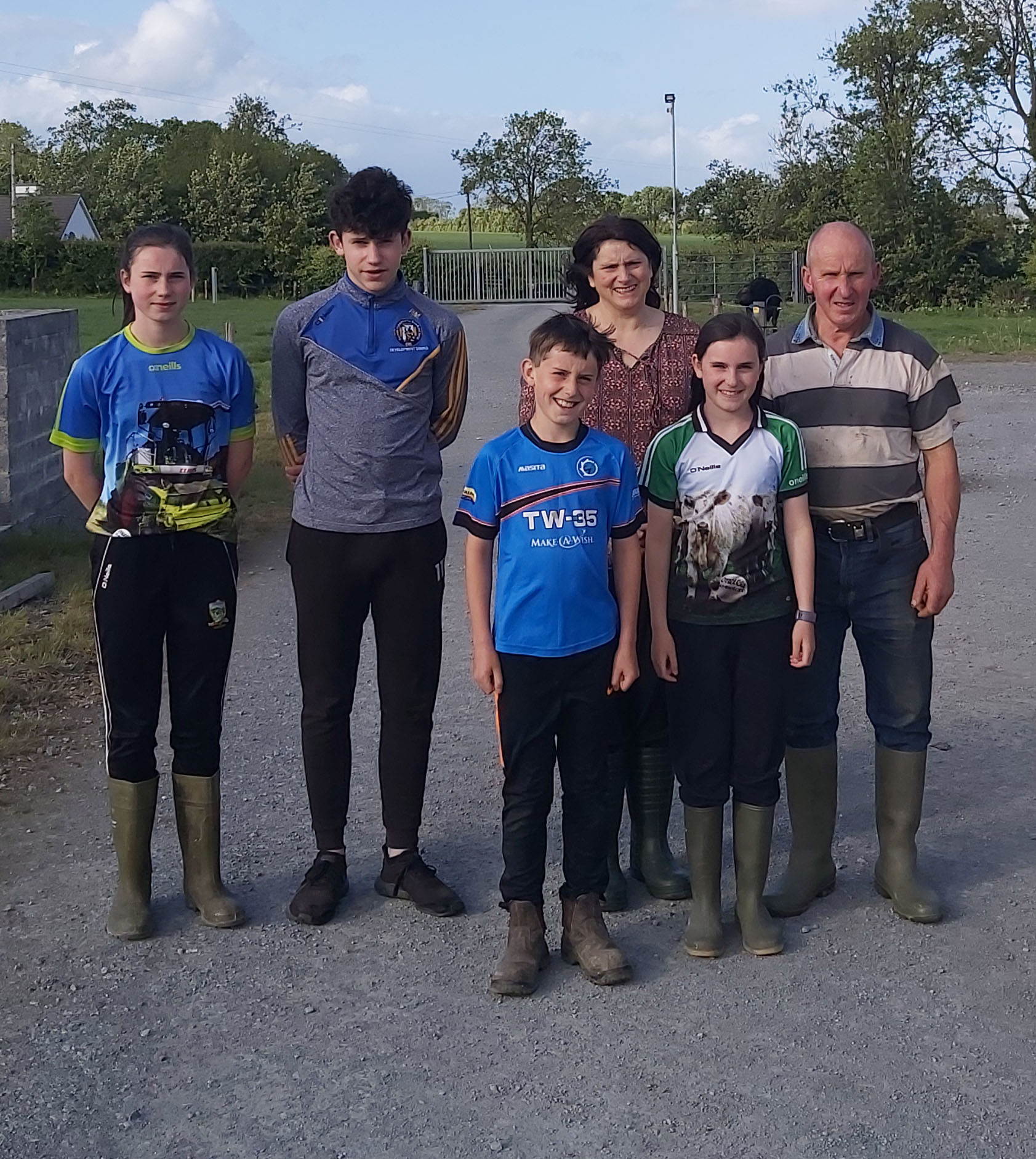 Padraig and Audrey and their children, Erin, Turlough, Dawn and Patrick.