The winner of the Presidents Medal 2018 is Doireann Mulhall, Carlow Kilkenny Club. This award is at the discretion of IHFA President following interview with the candidates. Doireann was nominated by the Carlow Kilkenny Club of which she is a distinguished member with tremendous service over many years of active involvement. Doireann is an accomplished YMA participant with many successes to her name most recently winning the Final of her Showmanship League class. Having been involved from a very young age, Doireann has risen through the ranks along the way, adding to her range of skills and knowledge. Doireann has also served National YMA with distinction, serving on the National Committee, most recently as Assistant Co-Ordinator and both she and Chairperson Stacey O’ Sullivan did a tremendous job in helping to run the National Calf Show last year. Congratulations to Doireann.

Hall Of Fame
The winner of the Hall of Fame Award 2018 is Richard Hamilton, Gurteen Agricultural College. Richard was nominated by the Laois Offaly Club and the following is a quote from that nomination;  “The Laois Offaly Club is honoured to nominate Richard for the Hall of Fame Award in recognition of his dedication, help and support to all Young Members. He is always around to show his support for the club and keeping the club strong by introducing new members from the Gurteen College, as he always invites students along to the club events. He gives up plenty of his time to our club and it would be a real way to thank him for all the work he has put in over the years for the club show and Tullamore Show. He is a true asset to the club and he is a wholesome, genuine and engaging character.” 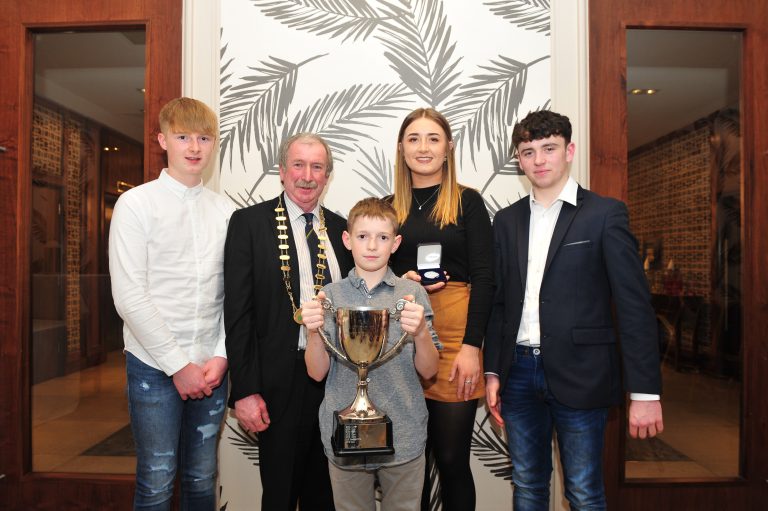 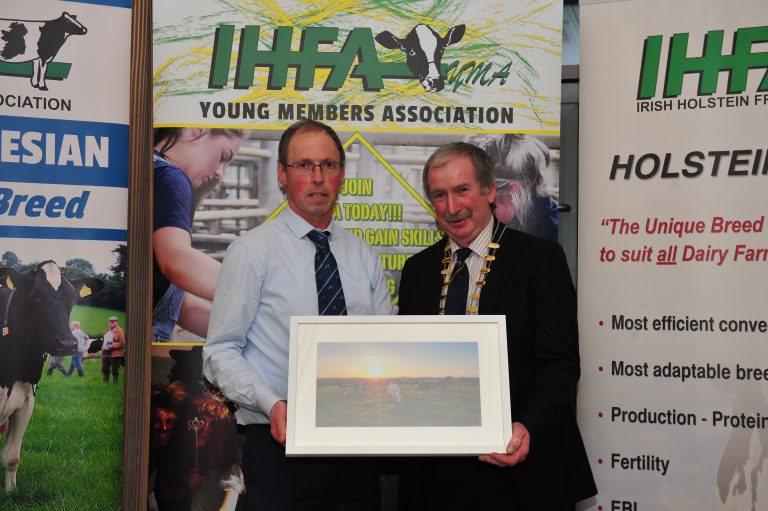 Club of the Year

The winner of the YMA Club of the Year is the Carlow Kilkenny Club. Based on participation and performance in the various YMA events and activities throughout the year, this is an award for teamwork, co-operation and no shortage of skills and talents.

The winner of the Photography Competition is Stephen Shannon with his winning entry. Well done to Stephen who has taken part in this competition previously and on this occasion his photo capturing a picturesque setting as the herd grazes amidst illuminating sunshine. From Ballinascarthy in west Cork, Stephen is very involved on the Ballydehob Herd at home in addition to pursuing third level studies in Agricultural Science at UCD. Congratulations to Stephen. 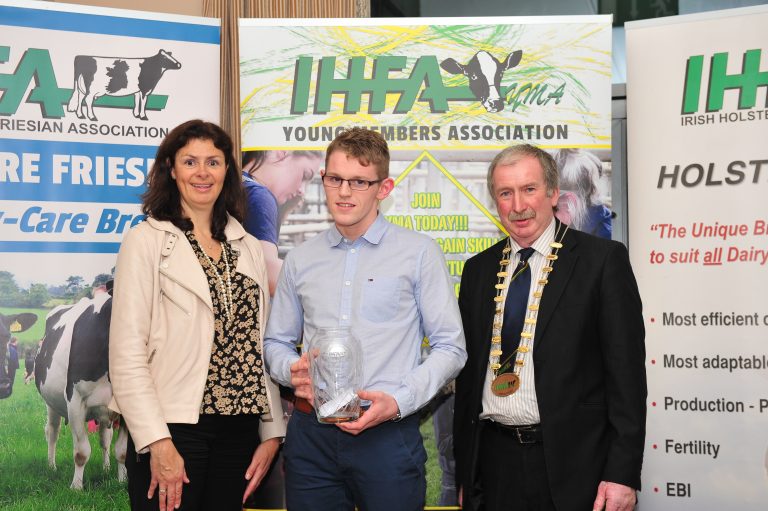 Zoe Kavanagh, CEO of National Dairy Council and guest speaker on the night and Peter Kennelly, IHFA President, presents an award for Open Stock Judging to Kane Boal, Galway, who came first in the 18 – 26 years category 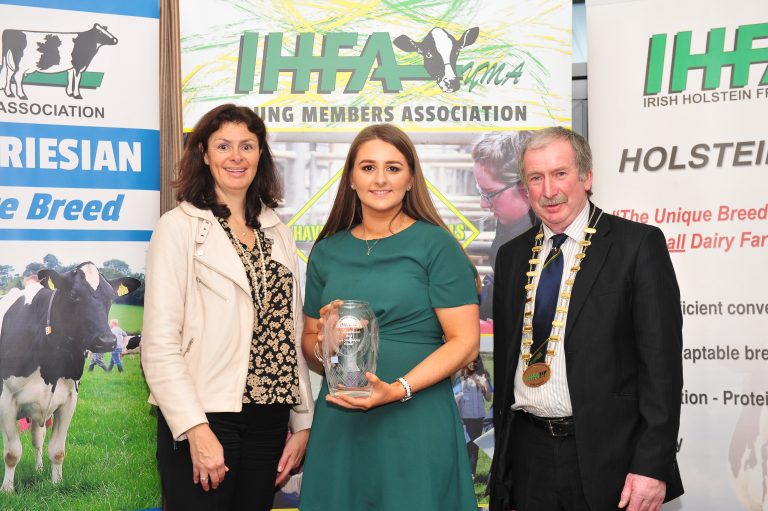 Zoe Kavanagh, CEO of National Dairy Council and guest speaker on the night and Peter Kennelly, IHFA President, presents an award for Open Stock Judging to Megan Boal, Galway, who came first in the Under 18 category