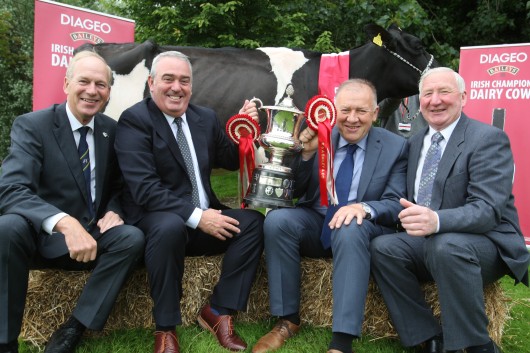 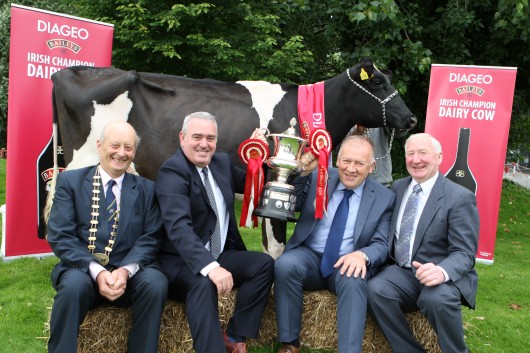 Sponsors of the most prestigious dairy livestock contest in Ireland have announced details of this year’s competition including a re-vamped prize fund of over 10,000 Euros and cash prizes across all categories. The competition was officially launched at the Baileys Irish Cream factory in Dublin by senior representatives of Diageo, the makers of Baileys, and its cream supplier Glanbia Ingredients Ireland (GII). This island-wide competition will see the very best dairy cows in the land battle it out for a top prize of €2,500; followed by €1,000 and €500 for Reserve Champion and Honourable Mention respectively. In a break with tradition, cash prizes will also be awarded for Highest Protein Content, Best EBI and Best Exhibitor-Bred Cow. The popular Best-Heifer-in-Milk category carries a fund of €1,700 with 1st place worth €500. The owner of the Best Dry Cow will also win €250. 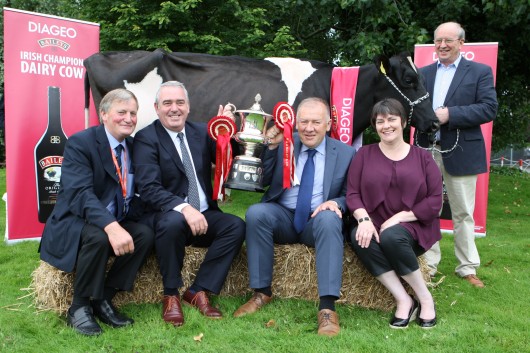 Diageo Ireland Head of Corporate & Trade Communications Hazel Chu said that Diageo was delighted to recognise excellence in dairy breeding in partnership with GIanbia Ingredients. “Both companies are major contributors to the agri-food sector and our successful collaboration as competition sponsors reflects our long-standing supply chain partnership.”

“The new cash prizes for EBI and Best Protein emphasises the most profitable factors for both breeding dairy herd replacements and milk production, explained Competition Director, Brendan Smyth. “The Diageo Baileys Champion Cow is not a pedigree cow contest based on looks alone. It rewards breeders who can combine good conformation in their animals with milk production capability. To be eligible for entry, the cow must first have produced 500kgs of butterfat and protein in a 305-day lactation. Winning or even doing well in ‘the Baileys’ therefore brings great prestige.”

Last year’s winner was the Co. Cork breeder John Barrett with his cow Laurelmore Duplex Impala EX 96. The finale is expected to once again attract top Holstein Friesian breeders, including from Northern Ireland, when it takes place at the 75th Virginia Show in Co. Cavan on Wednesday, 24th August.